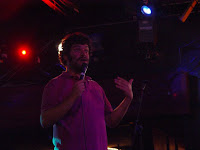 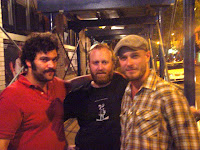 First I want to apologize for being out of the mix for a while, I got a crazy awesome job that is kicking my ass but in a good way. Finally had some free time last night and decided to check out Hug City Presents @ the Elbo Room. At first I was dubious after paying $7 bucks (on a Monday?) and then had to stumble down stairs that led to Buffalo's Bills basement from Silence Of The Lambs, but after a few beers and one weird/wack comic the show rocked. Mike Stanley, James Fritz, Liza Treyger and Mike Lebovitz were all on point and in great form. Fritz busted out some new material and had me spitting up beer pretty much through his whole set. Props to Mike Lebovitz for hosting one hell of show and keeping things moving. Don't know when the next show is but if they keep the tighter side of the lineup you might want to search it on Face Book. After the show I talked shop with the boys and we ended up downing $2 Jim Beam shots at Delilah's don't remember much after that.... 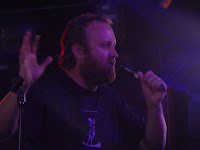 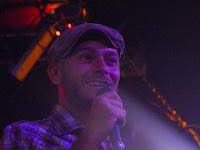