Memories of a Mic: By Junior Stopka 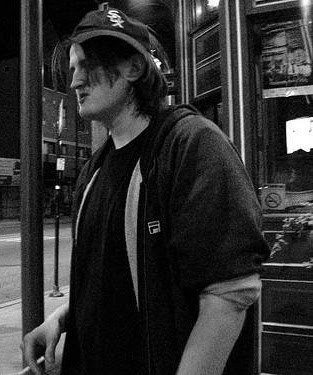 Yesterday was a solemn time for the Chicago stand-up comedy scene when the Schubas Open-Mic stopped doing their weekly Sunday open-mic. It will be changed to a once a month open-mic now. Once upon a time, this was THE open-mic. You would get a packed smart crowd, and you'd see the top comedians in the city develop themselves. It was always a great experience to see a new bit destroy for any comedian/friend.

Usually at the end of the night, you would get the murderers row, which is a heavy stacked line-up of great comics, who just came from doing shows or theaters. The comedians and crowd would go insane. That midnight to 1AM time frame will always stick out in my mind as the best time to see the murderers row. Along the way, the mic started to get a choppy crowd, and most of the really polished comedians left for bigger things. The reputation went from, "I'm nervous about performing there, and I don't have any new bits", to "I don't know any of these people, and all that these comedians do is drink free water".

It downgraded into a list of forty people nobody knew, with about ten to twelve crowd members, comedians leaving right after their set, and a sweet bartender not making enough cash. The people, who made this room great weren't there for the last night, but the usual suspects of the old days were there. Prescott Tolk, James Fritz, and me, Junior Stopka.

Some of the best moments were probably just outside smoking, and just ripping on each other for hours, while the comedians waited to go up. Here is the last standing outside, and smoking moment of the night. James Fritz, and Prescott Tolk.

(Lots of sarcasm in this, if you can't decipher that)
JS: I want to ask you about Schubas

JF: Never heard of it. It's dead. You know there's no rear view mirror in life...

JS: What was your favorite moment at Schubas?

JF: Prescott and me were co-hosting, and he just gave me a nod when Sheehan was notoriously going long. And I swear to God, from the other side of the bar like seven feet away, he just shot me eyes, and gave me a quick little nod like we were in the A-Team. And I knew exactly what to do, and we both just instantly knew. Everyone who knew Sheehan, just leapt, like they've been waiting to do this, and it only took Prescott a look, like OK, let's drag him off stage. And we literally picked him up like Christ, while he was telling a joke. Because he'd gotten the light like five minutes ago, and still didn't do his closer. And he held onto the mic, while we held him parallel to the ground. Prostrate like Christ's body, we had wrapped him. And he's just laying flat and he's going "And another thing, no you guys don't get it", but not fending anyone off.

JF: Kept doing bits, while a team drug him off like a dead body funeral. It was great, that was my favorite night. I miss Brady Novak sitting in the corner laughing, and then making everyone go to Berlin awkwardly.

JS: What was your favorite moment at Schubas?

PT: And people were like, wow, this guy was such a scumbag, who used to wear a knitted ski cap in every performance because he was so nervous about his oval head. And one day he just took that ski cap off, he let down his hooded sweatshirt, and he really gave it all he had. And people were laughing. It was so nice to see. Yeah, because honestly, the kid never had a friend before.

JF: They used to mock his oval head.

PT: He was a Polish kid growing up in a Polish-Puerto-Rican neighborhood, where people were either half Polish, half Puerto-Rican, but he was the only full Polish one. It's wasn't because he was a bad person

PT: It was just a form of retardation that he was so racist.

JF: Is that the name of your podcast?

PT: I don't know if I'd call him a person, but he was someone, who you kind of root for the underdog, and this guy
JF: Beats up the underdogs

PT: He was an under rat. That's what he was.

JF: You know it was like no one ever hugged him before comedy, and the scene really embraced him, and once he felt that love, he really blossomed as a flower. As an artist really. That's why we started Schubas, for Junior. And Stopka, quite frankly.

JS: Prescott, you do a lot of crowd work, what's your favorite crowd work moment.

JF: (laugh)
JS: I'm trying to get an article out of this! Because I'm an article-er.
Simmons McDavid: Are we going to drink somewhere?

PT: A good documentary would not start at the last night.

JF: Ken Burns baseball is just the last inning of the most recent game.

JF: That's not a question, that's a sad depressing statement

JF: I would love a journalist that ending any political, social, or pop culture reference. One last question... Ah, It doesn't matter...

PT: My favorite crowd work moment was in a summertime show, and I asked "Does anyone like going swimming?" and this woman says "I love swimming". And I said "Go drown, ya bitch".

PT: And everyone was just laughing. And it was just perfect because it had to do with swimming, but it was the other way. It's the opposite of swimming.
(laughs all around)

PT: It was just very funny.

JS: At the end of the night, when Hannibal and all those guys went up, did it bring pressure on you?

JF: To work with talent of this level!