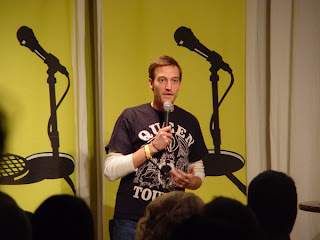 The Following post is from contributing writer Calle Hack: 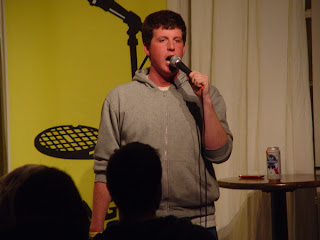 If I haven't made myself clear, go to the Beat Kitchen for some of the best comedy the city has to offer. This past Tuesday night was beyond killer. Prescott Tolk hosted the event which showcased comedians Derick Lengwenus, Jeff Hansen, Mike Stanley, Ken Barnard and Brendan McGowan and also featured the crack up funny short films produced by Elizabeth McQuern.

I feel like life has recently gotten in the way of my relationship with comedy and this show was exactly what I needed. Each comedian was fantastic. Fan-fucking-tastic. The video shorts of Elizabeth McQuern were an amazing addition to the stand-up routine, giving the night a nice variety. Ken Barnard, what can I say? Ken Barnard delivered. Thank you, Chicago comedy, we'll be seeing each other soon, next week at the Beat Kitchen for another round.
Beat Kitchen 2100 W. Belmont Ave. www.beatkitchen.com
Chicago Underground Comedy www.chicagoundergroundcomedy.com
$5.00 admission fee.
Calle Hack