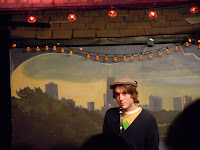 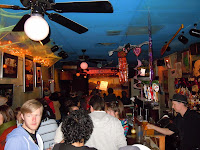 According to Bradley LeBree's Facebook post the first night of the monthly Schuba's open mic is tonight.  So if you have been missing that warm and fuzzy Schuba's comedy magic then tonight is your chance to re-live it.

Sign up is at 8:30, show is at 9:15.  Also tonight you got the open mic at McDunnas, and the freaky fun showcase Entertaining Julia at Town Hall Pub which always has a great cast of wacky characters.


Shout out to Trey Mowder who is leaving Chicago and hosted his last comedy showcase, it was packed, rowdy and hell of fun until some douchebag jumped on stage and tried to ruin shit, here are a couple of pics.