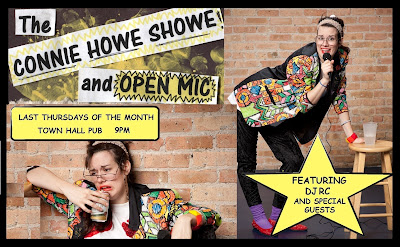 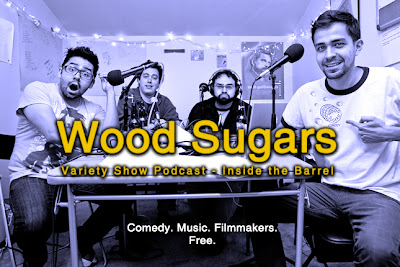 Although this website is primarily a blog about the Chicago stand up comedy scene, there are a lot of talented folks performing some amazing improv and sketch comedy (no duh you say).  So I wanted to spread the love around and plug some upcoming shows and sites of stuff that may not be strictly stand up, but definitely deserves a look.  So in no particular order here are some funny folks you should check out.   Lauren Maul presents “The Connie Howe Showe & Open Mic” show".  Here's the press release.  "The Connie Howe Showe combines the magic of period jokes with the hilarity of sex clowning. Drink specials include $5 Bloody Menses Marys and $3 Labatt Blue Balls Draft.  The Connie Howe Showe and Open Mic" is the last Thursday of every month at 9pm, Town Hall Pub, 3340 N Halsted Street. Free admission."  Yeah I know show is spelled wrong so don't freaking email me about it.  The comedy group Wood Sugars is also worth checking out. They produce a podcast, have tons of video/audio bits and a lots of funny stuff on their well put together website.  Check out this interview they did with Chicago comedian Ken Barnard.  So  I'm a big fan of the Comedians You Should Know showcase (The album release party on Wednesday was off the hook by the way, BUY THE CD!).  One of my favorite comics in that group is Mike Lebovitz, here he is doing... whatever the hell this is.

(Bullshit YouTube removed video for "nudity content" or whatever, but facebook don't give a fuck check it out here) Yeah that just happened.  Nice.  You can check out Mike's fat, hairy ass at the Redbar Radio Night Club tonight.  Last but not least I want to send out some shout out/plugs to Bill Cruz whose Tuesday night "Gutter Mouth Open Mic" is back on!  And to Ryan Buds who is producing "The Cheap Shots Open Mic" on Monday nights @ The US Beer Co. on 1808 N Clybourn.  Both open mic's are now listed on our Chicago open mic list page.
James Allen Kamp
Editor
Newer Post Older Post Home