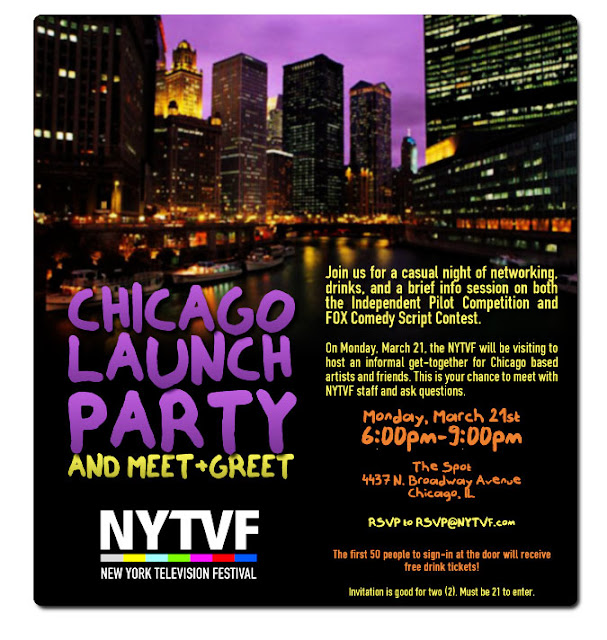 Got a very interesting email from the Co-Festival Director of the New York Television Festival who emailed the following:  "I've been reading your blog about the Chicago Comedy Scene. We're planning an outreach event in Chicago in March and we would love to engage the readers of your blog about the Festival and the opportunities available for talented artists in the Chicago area".  Say what!?  So I did a little research, (this is for real folks!), and responded asking how I could help.  They sent the following PR release aimed directly at Chicago comedians like you my fine reader.

WHEN: Monday, 3/21, 6 pm - 9 pm
WHERE: The Spot (4437 N. Broadway Avenue)
RSVP: RSVP@NYTVF.com
I've heard many comics say "I got a great idea for a TV show" but don't follow through because they believe the pilot would never get pitched to the right people, well here you go, opportunity is knocking so open the freaking door.
James Allen Kamp
Editor
Newer Post Older Post Home