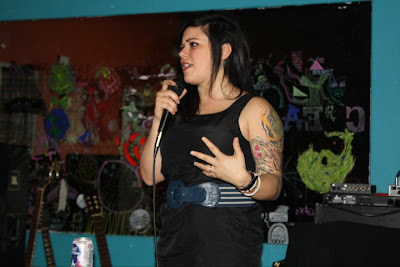 To quote Doug Stanhope: "Never give anyone advice because you're only telling them to be more like you". Which is probably the best advice ever told. I wouldn't ever give anyone any stylistic or artistic advice, but I would on work ethic. First and foremost, stop asking for advice. A comic can tell you how they do something or about their writing process, but doing something someone else does isn't going to help you be a better artist. The way we think and come up with jokes and tags are what make us different. If we all thought the same way and used the same thought process or regimen we wouldn't be individuals. In turn we would all have the same premises, jokes and punch-lines or areas in our life that we should focus on because that’s what people like. If you want to talk about it, talk about it. At the end of the day walking about with crutches you didn't need didn't help you get across the street better.

Second, stop asking people "how was my set?” I really don't want to lie to you if it went bad, if you didn't hear people laughing take a wild guess. It's that simple. If a comic you like or a friend was impressed they'll say something to you. If you really don't know how your set went, audio record it and listen to it later. You're your own harshest critic and we all do it, it makes you aware of exactly what you said, how you said it and what to do later. So when you invite your girl/boyfriend, your mom, your co-workers or whoever you can know for sure. It's pretty painful for me to still listen to myself, but I force other people to do it so it's only fit.

Third, go to as many open mics as you can. It doesn't matter if you haven't any new jokes, what you look like or what you're wearing or if you don't like the room. The more you're on stage the better you perform, plain and simple. We're blessed in Chicago that we can go to multiple open mics every night of the week. I always say to myself the more someone performs the more you know yourself on stage and in turn how much easier it is to write for yourself. The more someone is on stage the more comfortable they are and that really comes across on stage and the audience will be more comfortable with you taking them someone weird in the journey of telling a joke. There are plenty of open mics to go to, some of them if not most will be filled with other comics which is your hardest audience. For me, if I can make a room full of other comics laugh I feel satisfied that I got there two hours early to wait another two hours to do 4 minutes of material. 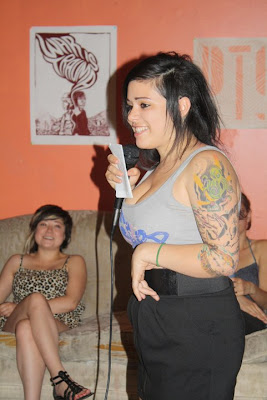 Fourth, same goes for writing. The more you do it the better you get. You can really fall out of writing the same way you can with being on stage. It's a like a muscle, you're got to keep everything sharp. No one just picked up 3 balls and knew how to juggle, the 5 paragraph essays you wrote in elementary school probably don't make any sense and the jokes you write in your first couple years of doing comedy will be fun to look back on when you want to look at improvement.

Fifth, talk to as many people as you can make friends and acquaintanceship with everyone. You're going to be seeing the same faces all over the city so you might as well get familiar. Networking is another thing, the more people you know the better chances you have to get on shows, hear about shows and mics and exciting things happening around the scene. Sometimes you can’t just figure out everything for yourself on the internet.

Sixth and I learned this one the hard way...unless you can deal with things in a civil manner try to not fuck each other. I am not trying to ruin or speak ill of people who are actually capable of having a healthy relationship casual or serious. It's like fucking someone at a job you can't quit. You'll have to see them tomorrow, and the next day and at the next open mic unless you can keep it from being awkward or uncomfortable for you and everyone around you. Choose your dicks and vagina's wisely.