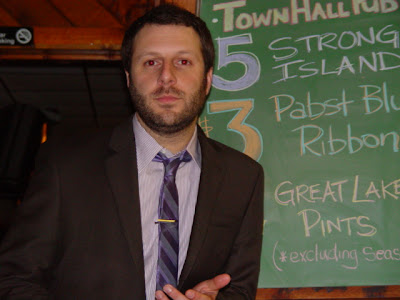 Marty DeRosa is a nonstop creative force in the Chicago comedy scene. The man has set himself apart through his tireless work ethic, uncanny flair for crowd work and an amazing knowledge of professional wrestling.  He's a south side favorite and member of one of the hottest comedy showcases in Chicago.  The Indiana native found time in his busy schedule to give us an interview:

Comedy Of Comedy:  What compels you to perform stand up comedy and how long have you been at it?

Marty DeRosa: I've been performing for around five years.  I feel very lucky to have found my thing.  I wanted to perform for the longest time yet I just never really knew how to get the ball rolling.  After a few false starts I finally got into the swing of things.  After years of working 40 hours a week at my day job and performing almost nightly I couldn't imagine not doing this.  I used to be the laziest guy party due to depression and partly due to just not knowing what I wanted to do with my life.  I had a bad streak of luck with both my mom and sister dying when I was 21.  That pretty much ruined my 20's. It took me a long time to bounce back from that.  For most of my 20's I was drunk or laying on a couch watching stand-up or wrestling.  I feel like I have completely turned my life around. Having come from when I came from I am able to really enjoy this part of my life.  I live in a great city with amazingly talented friends and we get to perform for packed crowds. None of that is lost on me.

COC: Among your many side ventures are two wresting themed video projects. Tell us about "5 dollar wresting" and "Creative Has Nothing For You" 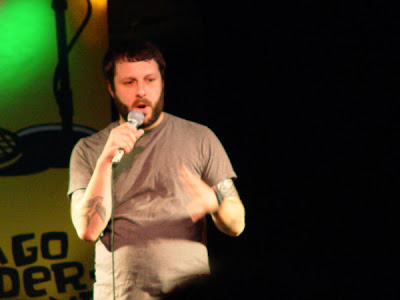 MD: $5 Wrestling features Pro Wrestler Colt Cabana and myself doing MST3K style commentary over terrible wrestling. It has been a blast doing them and getting positive feedback from not only other comedians but also some of my favorite wrestlers has been amazing. Creative Has Nothing For You is a series of web-shorts, again with me and Cabana, that takes a backstage look at the relationship between wrestlers and the story writers that work behind the scenes for a wrestling company. Both of these have been amazing projects to work on. We did a live $5 Wrestling in Atlanta, GA the night before Wrestle Mania and it was one of the most fun shows I've ever been a part of. I am also beyond pleased with the reviews of CHNFY. The wrestling community seems to love it and we have been averaging over 16,000 hits on You Tube per episode.


COC: Does anyone ever ask you "Marty your a stand up comedian whats up with the wrestling?"

MD: I hear that all the time.  I really can't say enough about how much I love wrestling.  I feel like wrestling has taught me a lot about performing. The best wrestlers have always pretty much been themselves in front of the camera just with the volume cranked up. That is what I try to do in my act. When I go up for my set I really try to attack the stage. I want to set myself aside from the other comics.

COC: Comedians You Should Know, is currently one of the most successful comedy showcases in Chicago, this did not happen over night correct? 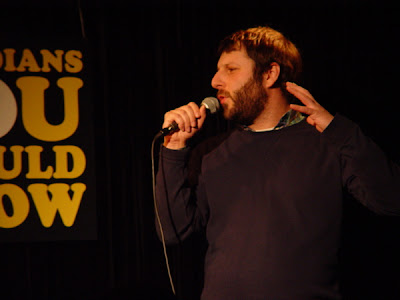 MD: Nope.  It has been the result of years of hard work.  I'm proud to be a part of the group.  When we started the show we were mostly just newer comedians who wanted stage time and wanted to simply put on a great show.  In the process, we all became much better comedians and learned how to run a great showcase. I think that we all push each other to be the best comedians we can be. The show keeps getting better and better and I am always excited when new people do the show.  I'm quick to tell people that I am a member of CYSK. I'm not a producer.  The guys who produce the show put in tons of hours of hard work and they deserve all the credit in the world.  That and Michael Sanchez is really into women's feet.

COC: Your crowd work is legendary, why is it important to have a diverse skill set beyond just joke telling?

MD: I love to do crowd work. It is a huge part of my act.  I like to weave written material in with crowd work and make it look as seamless as possible. If it's done properly the entire set can look and feel completely improvised.  I still have to write jokes and have an act because some headliners don't want you to do crowd work.  I did a big show recently and the headliner didn't want me to do any crowd work and it was fine with me. I took it as a real challenge. It was interesting to so hear people's reaction to me doing a set without crowd work. 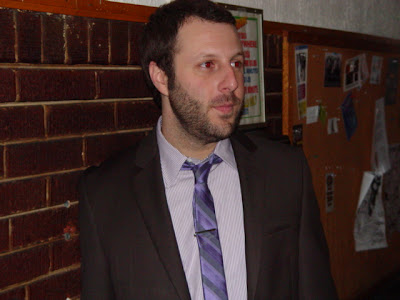 MD: I can only answer that for myself.  I think at this point in my comedy career, this is the best place for me.  I am having the time of my life and I hope that all the great opportunities continue to roll in. This comedy scene is exactly what you make of it.  If you want to just drink and fuck, you can do that. If you want to work hard and get your name out there, you can do that too.  I have been on both sides of that coin. Now that I'm not drinking I feel like I have been way more productive. I have some big plans and I look forward to the future.

COC: Seems like you've always got something in the works, anything coming up?

MD: I will be appearing at ICP's Gathering of the Juggalos.  Cabana and I just filmed tons of $5 Wrestling. Also, we have new episodes of "Creative Has Nothing For You" premiering every Monday night right before Raw www.creativehasnothingforyou.com and on our You Tube channel. Michael Sanchez and I have also recorded a handful of podcasts entitled "Brunch with Marty" featuring interviews with lots of great local comics.  We now have a sponsor and we will be doing a launch for the show very soon. Besides that I can be seen most weekends at The Red Bar Comedy Club and most Wednesdays at Comedians You Should Know. That's about it. Just follow me on twitter @martyderosa.