Sean Flannery takes his one man show to the Comedy Bar.  Should be bananas. Hearing Sean spin his incredible but true yarns always put a nice "holy shit that cant be true" look on peoples faces which is immediately followed by loud genuine laughter. Plus it's a awesome venue for comedy.  check out this press release then go to the show!  "Flannery is both a warm and hilarious storyteller; the show spins what seem like tall tales but in fact are real-life experiences of the baffling number of ways Flannery has nearly killed himself (or friends, or siblings), as well as other just plain dumb things one does when drunk and lives to tell about (don't we all have a Taco Bell parking lot story?). The show also features the only acceptable use of a Power Point presentation." 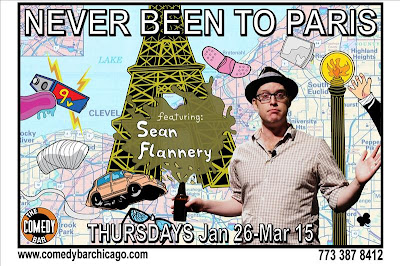