Top 5 Chicago Open MIcs To Take A Dump At: By Collin Bullock

2011 was a big year for comedy in Chicago. We saw new clubs opening, old clubs closing, new shows thriving, new open mics exploding, great comedians releasing CDs that soar to number one on the iTunes chart and so much more! And through it all a few things remained consistent: the key to success in Chicago comedy is to write hilarious bits, network suavely and work your ass off. Also everyone poops.

We all know the feeling. You’re waiting at the bar, nursing your 3 dollar can of PBR and watching the number sixteen comedian on the open mic list kill it. You’re not gonna go up for another three hours and you can only stare at your set list and try to hit on 19 year DePaul students for so long. Suddenly, you feel a rumbling in your tummy (bling). Eating 5 dollar burritos every night for the past 2 years might have been a bad choice, and now you have to suffer the consequences. Buckle the fuck up, kid: you’re about to ride the poop train to turdville. But if you’re lucky you’ll find yourself at one of the five open mics listed below. All of them have earned their spots on this list with their mad hustle, strong work ethic, and ample toilet paper. Unfortunately only one of them could be number one, but they’re all great places to take a number two.

So, without further delay, I offer you The Top Five Chicago Open Mics of 2011 To Take a Dump At!
5. LOTTIES
Mr. Mike Joyce is the man behind one of the hottest mics in the scene right now. It’s got everything: a well-lit stage, a packed audience that’s ready to laugh, great burger specials, and a shitter that is just to die for. Located at the back of the downstairs room, the proximity of the bathroom to the stage means that you can pinch off the last link in your turd sausage platter and be on stage less than a minute later! Add in that it’s a private, one room toilet and you don’t have to contend with another comic at the urinal recognizing your sneakers and busting your balls for pooping in public, and you’ve got a real winner! Be sure to take a dump here every Tuesday night!
4. BIG JOES
Now, this might seem like some slight favoritism given how I used to run this open mic. But I handed it off to the very capable Mr. Andrew Burcastro after the bar began to dislike my hosting approach which mostly consisted of mocking every aspect of the establishment and greatly abusing the free beer policy. But, regardless, it’s a great place to try out new bits and a great place to have new shits! First off, it offers free pizza and cheap beer so you’ll be ready for a massive dook by the time the night’s over. Also, much like Lotties, the bathroom is private and one room so no one has to know your shame. Additionally there’s newspapers on the wall so you’ll never be out of reading material! Be sure to take a dump here every Monday night!

3. LOFT ON LINCOLN
And we reach our first fallen hero on the list. Mr. Jack Calhoun, or more specifically his abs and his warm spirit, are what made this mic one of the most fun places to dink dollar beers, smoke indoors, try out new jokes, and realize how out of shape you were when you had to climb five flights of stairs. It was a huge loss to the Chicago comedy scene when Jack decided to end this mic over the summer so he could spend more time doing push-ups and contemplating suicide, but we soldier on. Now, the bathroom at the loft was always dirty, sometimes didn’t have enough toilet paper or soap and often featured very long lines. But it also had a faulty lock, so you had to live with the danger of someone walking in while you were crafting a Lincoln log out of the pancakes you ate at the Lincoln Lodge. I know the days don’t line up, but whatever. The point is, that sense of danger is necessary in everyone’s pooping experiences. Makes ya feel alive. 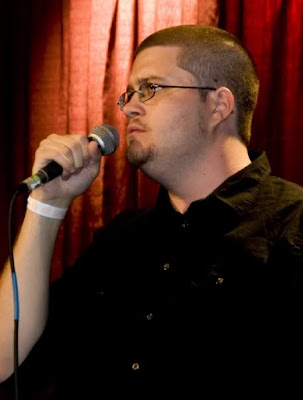 2. THE EDGE COMEDY OPEN MIC AT THE CHICAGO CENTER FOR THE PERFORMING ARTS
This mic is a lot of fun for people of all ages, from sixteen year old goth kids yelling about Jesus to 60 year old middle eastern cab drivers yelling about Jesus. Recently it moved venues, into Sully’s House in beautiful Lincoln Park and it has retained its fun atmosphere, captive audiences, experimental nature, and over priced drinks! (I kid, I kid). But the bathrooms at Sully’s House, while nice, cannot begin to compete with the pooper room at the old location, The Chicago Center for the Performing Arts. The trick was the toilets were in a separate part of the bathroom than the urinals. So if you got into the stall at the end of the row, furthest away from the door, no one would even walk past you! Plus, they had a big back room that no one ever monitored and so you could probably go poop there if you wanted.

1. SCHUBAS
Unlike a shart, this one wasn’t even close! Schubas beat the competition hands down. Not only does it have THREE separate bathrooms, but they’re all immaculately clean and two of them are even single room shitters, which we’ve already established as being the gold standard in dookie holes. In fact, the bathroom on the first floor, in the back, is one of the best places IN THE WHOLE CITY to take a dumb at! Two unisex bathrooms lie in the back hallway, far away from prying eyes. You could sit down on the clean porcelain in the pleasant smelling rooms, read the schedules on the wall to see what Scandinavian trip hop groups (or whatever) were playing at Schubas that month, and empty your bowels to your heart’s content. Be sure to take a dump at this open mic on the first Sunday of every month!

There ya go! 2011 was a great year for both comedy and letting the brown out in Chicago, and there’s no reason 2012 can’t be even bigger and stinkier! So eat your fiber, write your jokes, and I will see you around the scene…ALL AROUND!
Happy pooping!

Collin A. Bullock is a stand-up comedian and host of the wildly popular podcast “Awkward Moments with Collin A. Bullock”, which can be found at www.awkwardmomentspod.com. He has diarrhea roughly half the time.