“Shit Chicagoans Say,” How Do I Hate Thee?: by Matty Ryan 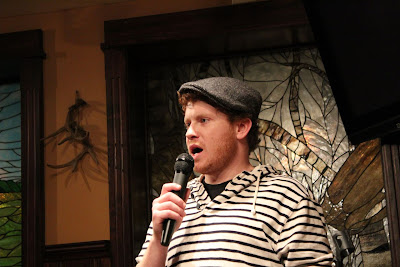 “Shit Chicagoans Say,” How Do I Hate Thee? Let Me Count the Ways…

Following the wild viral success of the “Shit Girls Say” video written by Kyle Humphrey and Graydon Sheppard, YouTube was flooded by hundreds of imitations with varying degrees of cheapness. It was, perhaps, only a matter of time before someone crafted a video for the “shit Chicagoans say.” That time has come, and the video is a horrendous abomination whose glaring inaccuracies are upstaged only by poor, contrived acting. Oh, and by the fact that none of the people in said video are actually from Chicago. As a lifelong Chicagoan who takes great pride in this city, I feel an obligation to address the fallacious, uninformed attempt to hop on a hackneyed bandwagon for quick recognition. I feel even more obliged given the success and notoriety it’s attained in its misrepresentation of Chicago.

The “Shit Chicagoans Say” video has achieved moderate viral status, jumping from 220 views to more than 500,000 in little more than a day. It gained notoriety after being featured in both the Red Eye and The Huffington Post, and with that came conflicting opinions from the public. The opposition was largely due to the video’s narrow focus on the North Side, but even more so due to the players having taken creative freedom to the point of invention. The negative response was strong enough to warrant a blog post from one of the creators in an attempt to address the video’s shortcomings. The blog, penned by Oshkosh, WI native and member of improv group Sophomore Album, Robert Bacon, claims he is “…proud to call [him]self a Chicagoan.” That may be, however most Chicagoans might refer to Bacon as a “transplant,” a “Wisconsin native,” or a “jagoff.” Also noteworthy in his blog, is the section entitled “Screw You Kid” in which Bacon trolls the web for pictures of children, posts their photos, and then proceeds to degrade them with thinly veiled, feigned intellect. 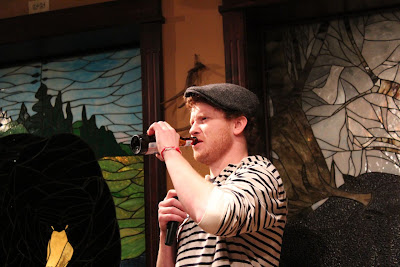 The other co-conspirators in this two minute and thirty-three second piece of filth are also local improvisers. The three trained at iO in Wrigleyville, a neighborhood that they seemingly have yet to venture out of. Marie Maloney, who hails from Mokena, IL (a village 50+ miles south of Chicago), is a member of the improv troupe Vegetable Demon. Maloney is so “Chicago” that she recently tweeted: “I don’t know if the South Side [Irish] parade is really worth going to when I’m not 16 and drunk.” One might think that somebody with a last name like Maloney who’s from Chicago would embrace the cultural and historical aspects of the parade that celebrates both the city and its Irish heritage. Oh, that’s right, she’s not from Chicago. Furthermore, it’s precisely this mentality that caused the cancellation of the parade in 2009. The third and final member in this hat-trick-of-awesome is Tess Borgerding. Originally from Minneapolis, Borgerding is on a house team at iO called Interrobang, and she is guilty of perhaps the worst acting performance of the three “filmmakers,” (compared to Bacon and Maloney, this is a feat).

With the players’ geographical merits successfully discredited, we can delve into the misinformed and occasionally intolerant quips that supposedly all Chicagoans say, with an ambiguously West Coast accent to boot. I’ll do my best to ignore some of the blatant falsities contained within the video (“There’s Obama’s house,” while standing under an illuminated theater marquee) in order to address the objectively more offensive aspects, but such errors did not go unnoticed. At least not by anyone who has lived in Chicago for longer than half a baseball season.

“It will always be the Sears tower.” To people from Chicago, yes, it will. To transplants who make videos that claim to represent the Windy City (*cough*), no, it will not. You will call Chicago’s tallest skyscraper “Willis Tower,” then bask in the subsequent scorn it garners from real Chicagoans. While you’re at it, make sure to say “U.S. Cellular Field.”

“I don’t get the Pink Line.” Well, there’s not much to get. Your confusion is very telling of the amount of critical thinking utilized here. The Pink Line circles the Loop, goes to Pilsen, and then heads straight west. It travels through working-class neighborhoods; neighborhoods where real Chicagoans live and have always lived.

“This beer is good, but it’ll never be as good as Michael Jordan.” What? Really? I don’t even…

“Andersonville? You mean lesbian-world?” While Andersonville does have a predominantly lesbian population, I have never heard it referred to as “lesbian-world,” and this includes by my lesbian friends and my Aunt, who live there. In defending the video on his YouTube page, Bacon attempts to deflect this by saying it’s “the same as calling Boystown, Boystown.” False. That’d be like calling Boystown “Gay-world,” or “Queeringham.” (Which, come to think of it, sound like pretty fun places). 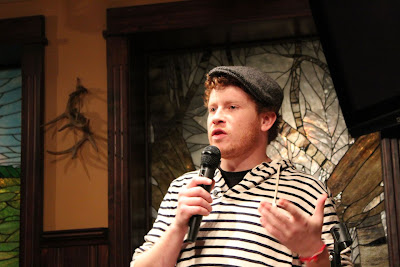 “The Green Line? [wince, grimace]“ This doesn’t even attempt to disguise any ignorance and intolerance. The Green Line is known to have a largely Black presence, and also serves neighborhoods with higher crime and poverty rates. However, if any of them had ever traveled this route, they would know it’s quite safe and certainly not cringe-inducing. In the past, I utilized the Green Line weekly to tutor underprivileged youths on the West Side (I know right? Ewww…) with nary an incident. Their portrayal of this part of the CTA is offensive at best and racist at worst. Not to mention that the Green Line travels to Oak Park, one of the most affluent suburbs of Chicago. Ignorance? Check. Intolerance? Double check.

“Ugh, I have to go see my friend’s improv group tonight [sigh].” Well played. No comment.


For brevity’s sake (which, I know, is already out the window) I will limit my specific points of insult to those already mentioned. I won’t, for example, discuss the list of 4am bars they rattled off. Okay, I will, real quick, as I was also personally affronted by it. More than half are made-up names of non-existant bars. The others are places to go solely if you’re into high-fiving your bros, chest-bumping your frat pals, or vomiting on more than one pair of Ugg boots simultaneously. The only exception to this lineup is Flat Iron (solid spot), which I trust they’ve never entered.

In case this trio of insufferable twits would like a couple bullet points for their new video (as I anxiously await the withdrawal of the current version), I’d be more than happy to provide them with a *very* abridged list of examples of shit Chicagoans say, as well as shit Chicagoans do:

Call soft drinks “pop.” (Their failure to include this baseline Chicago nuance is staggering).
Giardiniera (enough said).
Cheer for the Sox OR the Cubs, but never both. Unless you’re a terrorist.
Add unnecessary prepositions to the end of sentences (“Where do you live at?”)
“Wait, so who was Bud Billiken?”
Know that the best thing to happen to the Hawks was the death of Dollar Bill Wirtz.
“Casmir Pulaski? Yeah, he’s the day-off-in-March-guy.”
Eat Italian beef sandwiches at every graduation party. In a backyard.
Accordingly, know the difference between a “hot beef” a “sweet beef” and what it means to “baptize it.”
When ordering a hotdog, know what it means to “drag it troo da garden.”
Call Lake Shore Drive either “Lake Shore” or “the Drive.” Not “LSD,” as the video suggests.
Call the living room the “front room” and pronouncing it “fronchroom.
“Yeah it’s not far, it’s over by the Jewels. Couple two, tree blocks.”
Possess a passionate love for Da Bearse (which was also overlooked entirely).
Save parking spots with lawn furniture.

“Who are you? Don’t you have anything better to do?” 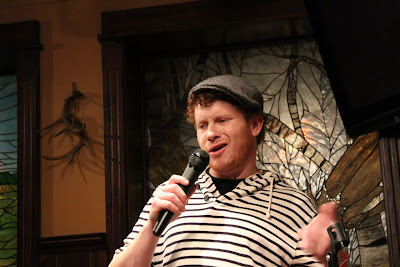 Well, for starters, I’m a real Chicagoan. And yes, I have a number of things to do, of much greater importance, that I cast aside to address the smarmy, offensive, and moronic depiction of the city I love so well. I’ve lived in Chicago my whole life. I was born and raised on the South Side for 18 years in the Beverly neighborhood (where my family still resides). I attended college at DePaul after moving to the North Side, where I’ve since spent 8 years in various neighborhoods. Half my family have been in the field of civil service since arriving from Ireland. The other half have been in the plumbing industry since arriving from Ireland. My great-grandfather installed the plumbing at the Board of Trade. My other great-grandfather had a Chicago Forest Preserve named after him. One of my grandfathers maintained the plumbing at the Cardinal’s residence and the Sun Times building. One of my great uncles had a Chicago expressway named after him.

I could continue, but in doing so would run the risk of over-beating the dead horse that lies before me. It is my hope that we’ve all learned our lesson here, which is to not tread where we don’t belong. Especially if it’s in, and most importantly, ON, the stormy, husky, brawling City of the Big Shoulders. It is for this reason, among many, that I would never make a video about the “Shit People from Oshkosh, Mokena and Minneapolis Say.” That, and a two minute video of people saying “let’s move to Chicago,” would be boring.

To my funny, talented friends and colleagues in the improv world: this is in no way directed toward you. To any extent that you may take offense, I sincerely apologize. Also, whoever let these clowns borrow an HD camera and clip-on lapel mics, please don’t do that again.