The Wonderful World Of Danny Kallas 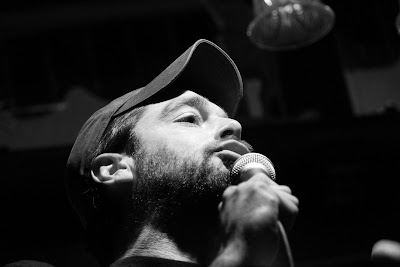 "I don't know anyone who cares as much about Chicago comedy as Danny. Sometimes I think he cares more about the scene then his own act or his own personal success." - Marty DeRosa

"The blue-collar Chicago accent of Danny Kallas has been described as "so thick, you don't even know what hit you." - Just For Laughs Bio

“My style of comedy is to try to be as much myself as possible on stage and not be phony." - Danny Kallas

Danny Kallas is a nonstop creative force in Chicago comedy. Not only is he one of the top comedians in the local scene but he's also a producer and co-founder of "Comedians You Should Know" which is arguably the best showcase in the city. The man is tireless, if you've been to a few open mics or showcases you've probably seen him around. I see him out all the time, silently lurking in the corner like a ghoul waiting his turn to go up.  And once he's up, it's comedic gold.  The guys good.  One of my favorites. Also one of the quietest.  Danny does not toot his own horn much, he leaves his talking for the stage so to speak. 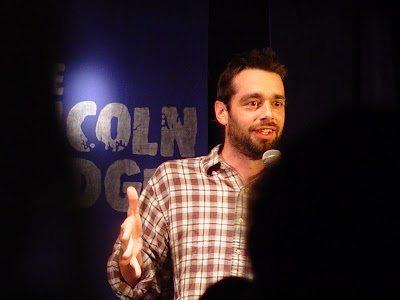 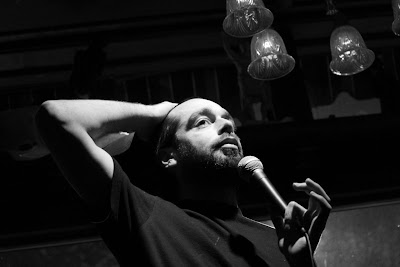 Anybody that knows Danny, knows that for him, it's all about integrity.  He's a purist and takes what he does as seriously as anyone in the comedy game.  Case in point is this quote from Danny during a recent radio/podcast interview.  "I have a problem just telling people I'm a stand up comedian after 5 and a half years. I rarely say that.  I'm almost at the level of doing it for a living, I'm almost there.  But I feel like a dude goes on the stage three times and all of a sudden he walks around calling himself a comedian.  Your NOT a comedian, your just a mental case who gets in front of an audience and talks a lot.  Which I still am by the way."

A few months after I started this blog, Danny Kallas approached me with a serious question at a Hug City Production comedy showcase, back when it was still at the Elbo room. He walked up to me, looked right in my face with eyes blazing and nostrils flaring and asked "James, why do you care so much about Chicago comedy?" He said it with such suspicion and intensity, it was like he was asking why I wanted to date his sister. I mumbled something about falling in love with it, having the best of intentions and promised to treat it like a gentleman. Danny nodded grimly and walked away giving me, in his way, tacit if not overt approval to keep doing my thing.

And that's how Danny is. He's Chicago Comedy's Batman, it's vigilante in the dark.