How We Feeling Tonight?: By Andrew Burcastro 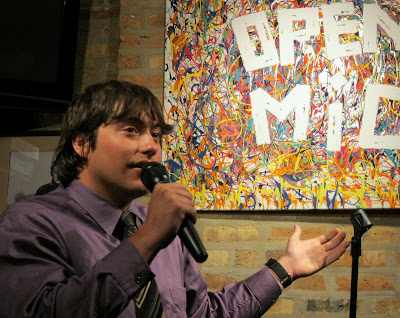 I go to a lot of open mics, and one thing that I’ve noticed is that after a certain point, there seems to be a very negative attitude floating around the room. People get bummed out and upset at their inevitable bombing that the lack of an enthusiastic audience guarantees. Once they finally get on stage, they realize that they were right, and it only gets worse. But lately, I’ve been asking myself “Why?”

Why aren’t we enjoying ourselves? Why aren’t we having fun? Why are we putting up with something we don’t want to do?

Well, those are all loaded questions, because we are enjoying ourselves, we are having fun, and this is absolutely something that we want to do. Going to open mics can feel like work, but it can also feel fantastic. Sometimes it’s after midnight, sometimes you’ve got to be at work in a few hours, sometimes the host is sick of his job, and sometimes the only audience left is two comics who are “sticking it out.”

We all like performing in front of bigger crowds, but it can’t always be done, and we should always appreciate all of our opportunities. The vast majority of time, performing stand-up is the best part of my day, no matter how badly I bomb. 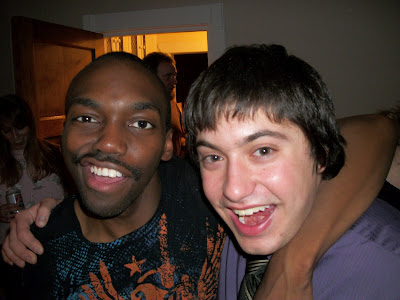 When we’re at these mics, it’s important to remember that we like stand-up. Whether it’s performing or watching, we are all fans. Would we devote this much time, energy, and emotion to it if we weren’t? There are no real advantages to performing stand-up, beyond the actual act of doing it. There are so many better ways to make money, and comedy has caused me a lot of problems. I can honestly say that I never thought about killing myself over a dick joke before I started doing stand-up, but I still love comedy. Nothing can real compare to the feeling I get while performing, and I am sure that I am not the only one.

Some people talk about how going to open mics is sad, and that it makes comics bitter. Listen, I was a lonely prick long before I started going to mics. Most comedians claim to know tragedy, so we should probably get over any minor problem an open mic causes. I don’t know what is going on in your life that’s so amazing that doing one of the funnest things that we can do becomes depressing. When performing stand-up, we need to have a good time and we need to enjoy it, which secretly we always do.