The Wind Up @ The Laugh Facotry 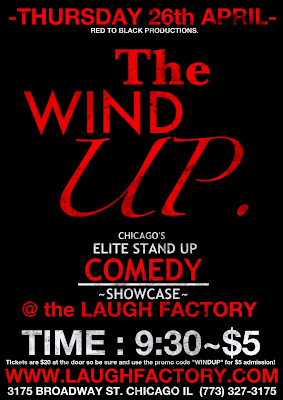 Well I'm officially excited. A new "supergroup" of a showcase has formed up and starts Thursday night @ the Chicago Laugh Factory. It's a hot new show and has the potential to be legendary. Why?  Well... all of the producers on this thing are the real deal.

Each one is a comedic heavyweight in his own right and each one is well know and respected throughout the Chicago comedy scene.  But together... there gonna transform into some kind of mutant Voltron robot of comedy.

We've done at least one story or blurb about each one of theses guys, so we know that there're no slouches. Very excited that they will be doing big things at the laugh factory which is shaping up to be a solid venue for great local Chicago comedy showcases.


I wanted to get some insight into why this group of diverse comedians believe that the Laugh Factory is a good fit to produce a high caliber local showcase, so I contacted Kenny Deforest and Mike Stanly who were cool enough to take some time off from busy schedules and and cough up some quotes.

"I'm beyond excited for the opportunity to work with/learn from the owner of The Laugh Factory brand, Jamie Masada. The guy is a legend in stand up comedy circles. He was tight with Pryor, Murphy, and others of that same caliber, and he was right in the thick of the stand up boom of the 80s so he's seen it all. He also has a very performer-friendly reputation which is always refreshing. To get the chance to work with him and pick his brain on a weekly basis is beyond incredible. I intend to take full advantage of the education." - Kenny DeForest 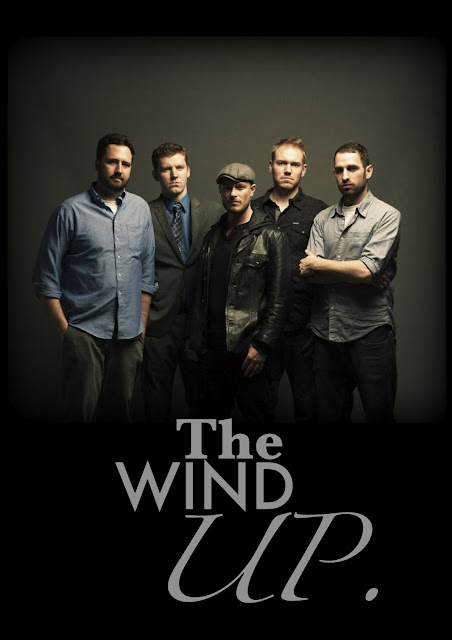 "This is the first time (that I'm aware of) that a club of this magnitude, with this much clout, has trusted a group of comedians to run a show the way they want.   Not to mention they seem just as excited about it as we do. We all know the scene has exploded the past few years. The showcases are stronger than ever. We're lucky and greatful that the Laugh Factory gave us a venue to take the Chicago Style showcase, to the next level. I want the Wind Up to be a direct pipeline to the comedic talent in this city." - Mike Stanley

Check out the press release.

So there you have it.  A powerhouse local showcase at a top notch venue.  Get your tickets now. Only $5 on line.