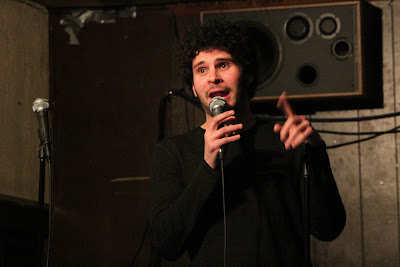 In light of the recent influx of complaints regarding (Chicago) comedy, I thought I would weigh in with some things that you can hopefully take with you. I have been doing stand-up in Chicago for the last four years so here are some thoughts I have at this stage as they pertain to some common qualms:

1. Comedy owes you nothing.
I know this is harsh especially when a lot of us consider comedy to be the only significant other that could possibly “get us.” But even though you might pour your heart and soul to this oft-succubus of an art form, it CAN NOT make you happy and is under no obligation to provide you with any type of satisfaction. You make your own happiness in comedy and in life. Life, like stand-up, is a process. As much as people try to contrive them in life, there are no check points. In stand-up, no gig or accomplishment means anything other than what it is.

In other words, the only satisfaction you will get out of “achieving” something is a mirror image of the work and focus you put into it. People get gigs they don’t deserve; people don’t get gigs they do deserve; etc. If you can enjoy the process then you’ve already won. No matter who you are, the adulation you may or may not receive is completely intangible. Louis CK can’t sleep next to his Twitter followers. Bill Cosby can’t call Himself on the phone. Likewise, the people who hate Dane Cook don’t live with him. These things only provide satisfaction (or dissatisfaction) insofar as the performer/artist/person enjoyed (or didn’t enjoy) being a part of the process necessary to achieve them. The self-discovery, the vulnerability, the theatrical intimacy, whatever. So even if it’s having a good set at an open mic, having a bad set at a showcase, struggling to write a new bit, writing six great new bits in a row, any of that - it’s all part of the process. Everyone’s process is unique yet contains a very sacred thread of commonality. We are all doing the same thing yet we are all completely different. It’s special. It’s terrifying. It can be brutal. It can also be insanely rewarding in ways that few things on this planet are. Enjoy the process, with all its ugly points and highlights, otherwise you’re fucked. 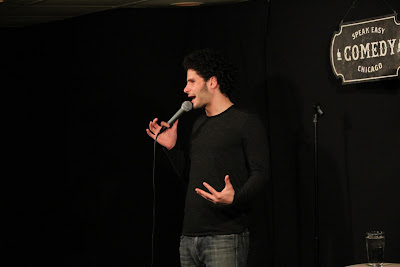 2. (The North Side of) Chicago is not the only place where stand-up comedy happens.
I know the Chicago comedy scene can be intimidating at first glance. A lot of people move from other towns and cities so just being in a giant urban area can be intimidating, much less walking into an open mic where everyone seems to know exactly what’s going on but you have no fucking idea. We’ve all been there. I also know that it seems like a huge deal to get bumped at Lottie’s on Tuesday night. (A really fun open mic, by the way. Check it out if you haven’t.) Chicago is an amazing place to start, but keep it in context. There are so many opportunities here as well as opportunities to make your own opportunities without risking any fatal errors. Chicago allows comedy to BREATHE (something horribly absent in industry cities) which is the reason so much great stand-up has originated here. But, the best way to utilize Chicago is to utilize everything about it. There are 3 full time comedy clubs* (see note below) in the city, “3” in the suburbs (I barely count Riddles to be a comedy club because it is run by a fat, overcooked piece of rotten beef that has the honesty of a politician and the bankroll of an open mic comic. I’m not being vague to avoid him finding out; his name is Ken and I hope he sees this and chokes on his fat fingers as he tries to lick the remnant barbecue dust off of them. If you want to send him hate mail, his email is ken@myriddles.com and I think we should all tell him what a piece of malignant shit he is. Just a thought.), a plethora of showcases and open mics in the city, a huge sketch/improv scene but there are also a plethora of cities within a few hours that have their own clubs and scenes. Go to them! When you feel you are ready, find them. Until then, don’t sweat the fact that Bert Haas won’t respond to your emails. All part of the process... 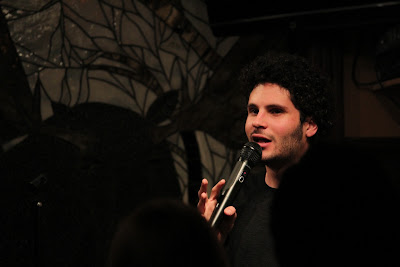 3. Work harder.
There is a reason your parents freak out when you tell them you want to be a stand-up comic. It’s fucking hard. Impossibly hard. It is only achievable through thousands of hours of hard work and dedication. So, for example, if you’re not getting booked at a certain room or club or people bump you at an open mic, take the fucking lump and chalk it up to part of the difficulties of this field. The answer is always the same: work harder. Are any of you as good as Bill Hicks? No? Well, then fuck off. Work harder until you’re better than him. And when you’re better than him, work harder to be better than you were. It never ends. You should always be working. Write better bits, get on stage more, hit other open mics or rooms or clubs. Make your own room. Whatever you want to do, there are endless ways to do it if you’re willing to put in the work. The caveat is, however, if you have to be told to work hard, you probably won’t.

4. Comedy is a reflection of life, not life itself.
The goal, more than any TV credit, should be to cultivate a perspective on life that is a) insightful and b) funny (in that order). Remember comedy’s place in the context of life and utilize it as a channel, not as a mask. Comedy is at its best not when the person is hiding from or avoiding the pain and hard parts of life, but when the person is acknowledging them head on with a slant that brings out the humor. Even with that, it’s still comedy. There are many other parts of life that are worth your time, effort and understanding. Explore.

5. There is no shame in being shitty.
Most people are. Don’t let it cut so deep that you have to lie to yourself about it. This is one of the reasons you should never complain about not getting booked because, most likely, the people you are complaining to are thinking, “Yeah, you fucking suck. I wouldn’t book you either,” but instead they nod and go, “Yeah it’s fucking bullshit,” and walk away wishing you would just quit so they’d never have to hear your stupid cunty voice again. If you aren’t getting booked, it’s not a conspiracy. You probably suck. At least for now. It’s much easier if you can be honest with yourself. We have all accepted we won't be professional athletes. There is no shame in that so why can't we admit that we can't do this?

6. Don’t be a faggot.
(Disclaimer: Opinions in article of those of Drew Michael and not necessarily of this website.)
This is pretty simple. There is no one way to get to where you want to get to, but in all of the blueprints laid thus far, no successful comic says, “Yeah, I used to bitch all the time about open mic lineups and I just did that for like 15 years then I was awesome.” (I should note that “success” is not defined by anything but what you consider to be success. This all goes back to enjoying the process. Are you enjoying it? Then you’re succeeding. Are you unhappy with it as a whole? Then you’re not succeeding.) Go get awesome, you faggots. Stop tricking yourself into thinking pathetic self hatred is a voice.

(* NOTE: Since this article was written, two more full time comedy clubs, The Laugh Factory and UP, have opened, making the total five)