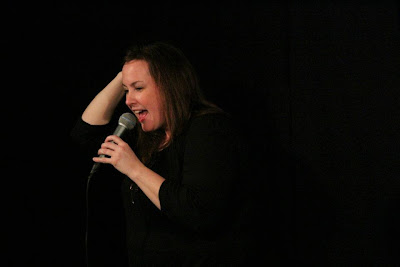 Jeanie Doogan is one funny mother, both literally and figuratively. She's one of those comics you see performing everywhere, open mics, showcases, the north-side, the south-side, suburbs, you name it. Her dedication to the art/craft of comedy is as apparent as her no-nonsense stage presence.  Off stage she's as nice as apple pie but onstage, Jeanie will rip your balls off... but in a good way. Not mean spirited, just very direct and funny as f*ck.

Currently (in our opinion) Jeanie is one of the top 10 local comics working the Chicago scene right now. She works incredibly hard, pushes boundaries, tweaks gender stereotypes, and has a great freaking attitude.  Ask Jeanie and she will tell you, she's not in this for fame and fortune, (would be great, but not a motivating factor). Jeanie performs comedy for the love of the art form, period.

Aside from being a comedic workaholic Jeanine also co-produces a weekly showcase called Speak Easy Comedy which consistently puts up some of the best comics in the game on stage. Through all this Jeanie is a working mother and public school teacher. Somehow she still found time to give us an interview.  Check it out.

Comedy Of Chicago: Why compels you to perform stand up comedy?
Jeanie Doogan: I can only describe it as a sick need. My ambitions in comedy are nonexistent. I realized quite a while ago that because of my family obligations there is not a lot I’m going to be able to do in terms of being a professional comedian. I’m not moving to NY or LA, ever. I’ll never be a road comic making a living at this. I can’t, or I won’t. If I started this in my 20’s before I put roots firmly down, then there’s no telling where I could take this, but that’s not even open for discussion now. It doesn’t mean comedy isn’t a priority, quite the opposite I think; it’s because there’s no future ambitions I do it solely for the love of it; not for what it can do for me. I could quit at any time, and my life would probably be a lot easier if I did. I am always running from place to place, six things on a calendar in day, getting up at 6 am most mornings, working 40 plus hours a week. If I quit comedy, I could probably have time to actually sleep, hang out with my friends, and watch an entire little league game. I do comedy for the pure love of it. I actually like going out to open mics, the constant writing, rewriting, reading, watching comedy, over -thinking and evaluating sets. All this time and effort is going to take me where? Nowhere, and that’s fine by me, as long as I get to keep doing it. I can't imagine not doing it. 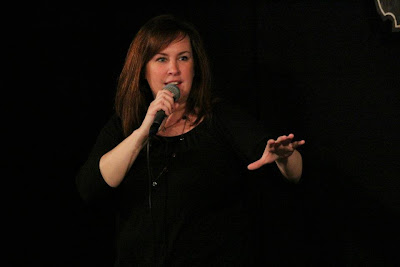 COC: You inject a lot of stories about your work life into your bits, is it all true? 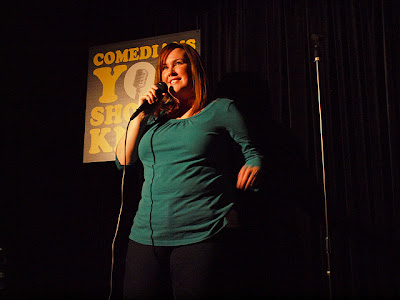 JD: Yes, now a days, every single thing I write is somehow based in truth.; especially the stories about teaching and students. When the student found with rolling papers actually said, “I was going to take notes on those” I wasn’t even doing stand up yet, and I thought this shit is too unbelievable to not be funny. Years before I ever had the guts to do stand up I started writing down these stories and eventually most of them made it into bits.

COC: How Would you describe your comedic style?
JD: Evolving 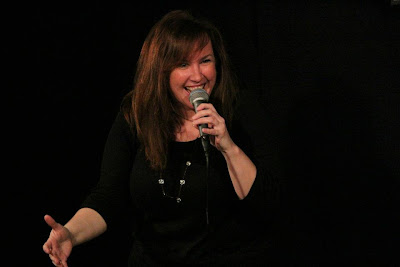 JD: Surprisingly, I wasn't that nervous. It was at the Edge. I got laughs, polite ones. I have it recorded and it makes me cringe to watch. I sound like I'm selling used cars. Who knows maybe I still do, but have gotten so used to it that I don't even notice anymore. Someone asked me recently if it's nerve-racking to go on stage and I said at first it was, now sometimes, but not always anymore. Something that got me through early on, and still does even today, is occasionally witnessing comics far better than me have a rough set or even bomb. If someone that fucking funny bombs, then of course, it's going to happen. Dust yourself off and do it better next time. 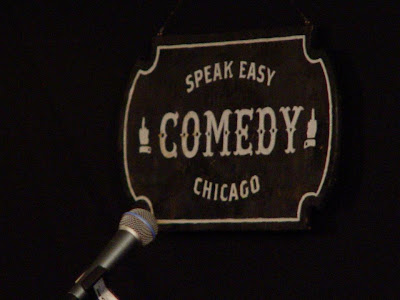 JD: Most importantly, there is an amazing amount of opportunity to develop. Tons of showcases, open mics, and recently big clubs. If you want to get good at comedy, there is every opportunity to do so in Chicago. Not to mention there is so much unbelievable talent here that just going to local showcases and open mics you can see the best every night of the week if you wanted.

COC: How important is a vibrant open mic scene for comics?
JD: I think it’s crucial. It’s the crux of the comedy scene. It’s where you get “noticed” for bookings for local showcases. Open mics are where you get to test, develop, and burn new ideas for bits. It’s important for it to be vibrant because it’s where you meet other comics that eventually you become friends with, which is good, because once you commit to stand up, you don’t have a lot of time for friends outside of comedy. There are so many good ones too. I really miss The Edge at CCPA and Wise Fools, but 2 Black Dudes, American Dream , 3 Dead Moose, and Rathskellar are ones I try to hit whenever possible. Mike Joyce is such a stellar example of running an open mic that really enhances the comedy scene. I had the honor of co-hosting with him last month, and holy cow, I don’t know how he does it every week. Not only does he remain attentive to all the comics going up, and injecting his unique laugh into the room, he keeps the flow of it, keeps the conversations in the back to a minimum, he keeps it comfortable for new comers. It takes a lot of dedication to be there every week and be the host, one of the last ones there at the end of the night, still listening, still laughing, still supporting.


COC: Who’s you favorite local comedian (besides yourself)
JD: This might be the hardest question of all time. It’s like a parent admitting they have a favorite child. To answer this I wrote down every name that immediately came to me and there were like twelve right off the bat. One of the first names though is Matty Ryan. Maybe it’s because he’s from the South Side. Or maybe because my aunt (who is a nun) taught him in grade school and hit him with a ruler or something and I just feel guilty about that. But, more likely, it’s because he has a sarcastic charm to his comedy that is so organic. I love listening to his stories when he gets on stage. There’s no way you can hear him and not just want to grab a beer, sit down, and listen.