A reminder to keep things in perspective: By Anthony McBrien 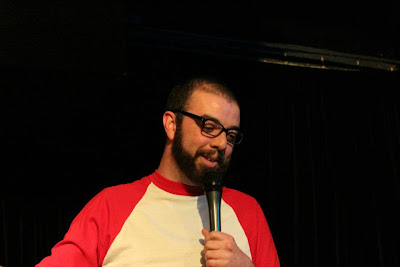 A nice t-storm just came and knocked down the 100 degree temperature and then knocked out my power. So with nothing better to do, here's this!

I like to keep my mouth shut. It's the best thing that I do. But, I'm noticing comments and tweets and comedians complaining about certain performers of certain sexual orientations getting certain shows and certain opportunities and certain certain's and we all certainly know what I'm talking about, right? Right. While I understand the sentiments and relate, here are the cold hard facts as I see them.

1) None of these local showcases matter. At all. None of them. Nobody listens to your podcast. Nobody watches your videos. Nobody gives a shit in the universe that you're doing a set at Comedians You Should Know. You SHOULD know those comedians, but chances are you don't. The fact is, a majority of comedy shows are comedians performing for other comedians. Comedians listening to other comedian's podcasts. Comedians watching other comedian's videos. And most of the time you're hating that person for trying. Comedy scenes are self-sustaining and leech off of themselves. Dick-joke parasites and/or a Ouroboros, if you will. (I had to look up how to spell that and I think I heard about it in Adaptation.) Point is, we (comedians) are 90% of the people in the world that actually care about comedy. Nobody else does. Case in point, they're canceling Parks and Recreation.

2) In comedy, not everything is about being funny. It should be, but it isn't. A lot of times comedy showcases are like TV shows. When casting a TV show you have a casting director who finds the right person for the part. "Girls" came out this year and caused an uproar because they didn't have any minority voices represented. Showcases in Chicago can be criticized for the same reason. Sometimes building a good show means having a diverse set of voices. Diverse, specific, funny voices. If you are running a show in Chicago you should be interested in finding the best, specific voices in Chicago. Furthermore, as I see it, there are 3 types of comedians:


A) Undeniably funny people with a defined perspective who can't help being themselves. This is a clunky classification but think Liza Treyger, Katie McVay, Aaron Weaver, Danny Kallas and Adam Burke with that fake irish accent of his. They are specific, unique, undeniably funny people.

B) The voice of the moment/culture. There are certain comedians who represent a specific person that exists in the era and culture. Janeane Garofalo in the mid-90's represented the voice of the slacker culture. Louis CK represents the angry, divorced, single-father. Kyle Kinane represents the student loan ridden, C plus average, ex-punk rocker turned alcoholic. Kathy Griffin represents the sassy, "homosexual slur" hag. They need to exist. There are people that are funnier than them, but they are a character of the moment. A representation of a niche that exists in our culture and will pull in fans because people want to connect with someone like them. 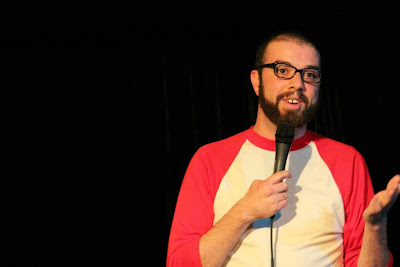 C) Everybody else (a.k.a. learning how to perform a craft/developing a skill). I always think of major league pitching coaches when I think of this. Really great major league pitching coaches always seem to be guys that spent years in the minor leagues. Guys who never had killer stuff, but figured out the craft of pitching. They were able to figure out the craft because they had to rely so heavily on tactics and strategy. They develop that tact because they lack a physical gift from God (let's not get into that). Because of focus on craft they're more knowledgeable, know more tricks, more strategies, more tactics and are great mentors and teachers. Those who can't do, teach. And those who can't teach, teach comedy workshop classes.

A really great comedian should represent all 3 of these. But early on, and in most cases, people have 1 or 2-or if they're REALLY lucky all 3. These are the sad realities of life. I know all about it. Stand up comedy is the only "job" that exists where being a white male isn't an advantage. Most people that exist in America are white males. Therefore, we are the most useless, boring people to listen to in the world. We are only good for dick jokes and ventriloquism. There are NO black ventriloquists, because ventriloquism is for boring people with nothing better to do--a.k.a. white males. OK. Let's get back on track. From my perspective, more opportunity exists for unique individuals in comedy. Don't like my perspective, here's the perspective of a former Chicago comedian Mo Welch: "I would much rather be a female comic than be a white guy. You have so much competition; all we have to do is prove we’re funny. They have to prove they’re funnier than the 10 people that look just like them."
My power just came back on. Let's wrap this up.

The fact is, and it's something I always have to remind myself, you do comedy because you love it. Because you need it. You need to make stuff to be happy and for whatever reason life has led you to comedy. Don't hate other people for being people. The day might come when they're given an amazing opportunity and they need a pitching coach or a guy with an Irish accent.

3) My final point is, life isn't fair. Life doesn't care about your dreams. It doesn't help to get angry about this stuff. Try, AGAINST ALL ODDS, to be happy. Make comedy for yourself as long as you can and as long as it makes you happy.

p.s. I'm not saying voice of the moment/culture people aren't funny. Just… Look, if you don't get it then you're screwed in life.

p.s.s. also, I know absolutely nothing. These are only stupid thoughts from my tiny, insignificant brain.