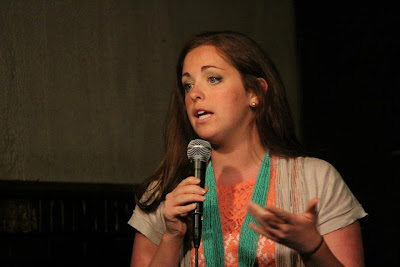 The Chicago comedy scene is (luckily) not just limited to the people who try and tell jokes. There is a grossly under appreciated crew of loyal supporters that are there long before and after we ever show up to stand behind the mic. They don’t write in notebooks or fight on Facebook. They just pour drinks, act like they like us and serve us tater tots. They are the people that staff the businesses, bars, bowling alleys and attics that we go to create our self-esteem.

I serve and bartend and flirt and eat and drink. I also notice when someone is good at their job and makes me feel glad to see them. Here is my list of favorites.

Dave, The Improv Sound Guy: Everyone that has ever worked there will come back saying, “Dave’s a
great guy.” He is fun, complimentary, supportive and headliners, features and hosts all love him. He manages egos and weirdos better than most and he knows lots of good gossip, which I love! (p.s. if you’re at the Improv, get the brownie cheesecake)

The entire Timothy O’Tooles: staff- From the bartenders all the way up to the GM’s, this group loves Chicago comedy. They have hot waitresses that flirt just the right amount and bartenders that wear tuxedo shirts themed for the show. They make you feel like a necessity to their business (even though you are not!) and never a nuisance. 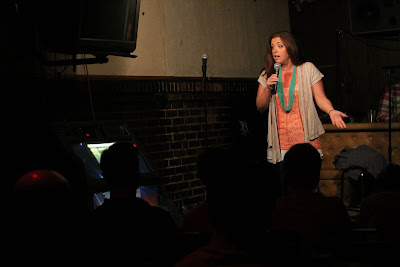 Josh, the Lottie’s bartender: He’s just really hot and always keeps the water pitchers full. And he laughs. Genuinely laughs. There is also a man that wears a hat and has a beard. His job is unknown to me (and probably to him) but he is also hot. And there are sweet potato tots. Just top notch all the way around Lottie’s!

Sahar, The Comedy Bar Manager: Best dressed. Best hair. Best name. She sweeps the high school yearbook categories. She is also one of the sweetest and most tolerant ladies around.

Julia, Town Hall Pub: She has one of the best showcases in the city named after her so I guess it is very apparent how adored she is. Always has snacks, pictures of her daughter and is also a hairstylist. She’ll throw people out for being dicks too.

Jokes and Notes: The waitresses are amazing! Kind, sassy, funny and quick. Angel the bartender will invent shots and he does not ruffie them, I have had a lot. 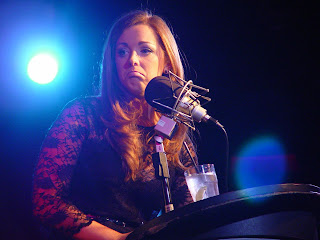 Jenna, Zanies House Manager: She will never reach 5 feet and still manages to be one of the most intimidating authorities in the city. But also genuinely cares about comedy and comics. Wait till she gives you a hug, don’t assume anything ya creeps.

Tricia, Laugh Factory: Booker- I mean god, where to begin. So sweet, so supportive, always in pumps. She is a real comedy fan that goes to bat for locals.

The Asian Trifecta, Wills Three Dead Moose: When you get to Wills on a Sunday night you will be greeted by an Asian doorman and then two Asians behind the bar. In most cases I would say “Enough with the Asians!” But this is the exception. They are great at drinking peer pressure, they have hilarious drunk stories of their own and they couldn’t give less of a damn about how weird we get behind the closed door of their workplace. I love (these) Asians!