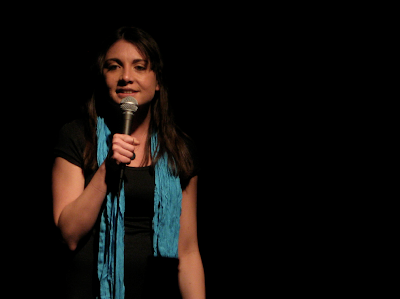 Isn’t this weird? I’m writing you a letter and it’s not even the creepiest thing I’ve done today. We met last fall when you dropped in at The Creek and The Cave. I couldn’t bring myself to say anything to you. Instead I lingered by the exit until your departure and flashed you crazy eyes, forcing you to turn and find another way out. Remember me?


I digress. I am writing you regarding Alyssa Rosenberg’s disappointment with you. I don’t know Ms. Rosenberg and I don’t know you. I bet there are a lot of things about you that are more disappointing than your enjoyment of Daniel Tosh. I don’t think you’re a bad person. I just think you’re a human being whose flaws are none of my business until you make them funny enough to put on stage. But as a woman, a consumer, and a comedian, I don’t really care about your opinion of Daniel Tosh (no offense).

Maybe Alyssa Rosenberg thinks you shouldn’t tweet support of someone controversial. Still, if Twitter is a place where your vague endorsement can be taken as a statement against women, it should also be a place where Tosh’s apology can be taken seriously. I don’t take it as seriously as his agent, publicist and manager do, but I don’t care enough to need a Twitter apology.

Taking your tweets as a veiled statement about your feelings towards women gives Twitter too much power as a source of information. Let’s all calm down and remember that it’s also a forum for dick and shit pics. Sure, Twitter has become a tool for bloggers and journalists, but to base an entire argument around a tweet? That just seems like lazy reporting. 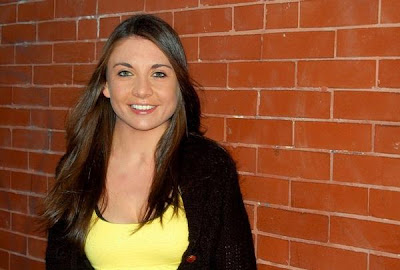 I know you don’t need me to come to your defense. You probably won’t even read this. I am just using your connection to this story to express an argument, sorry dude! Bloggers need to be better journalists, and both parties need to improve their understanding of comedy in order to improve what they qualify as important. Scandal may be what sells, but I don’t think your tweets are news and neither is this Tosh story.

Viewing the quote “Wouldn’t it be funny if that girl got raped by like, 5 guys right now?” I don’t like it. Imagining it being said makes me uncomfortable as a comedian and audience member. But Tosh has constructed the kind of persona that gives some context to going after a heckler in this way. This may not be acceptable to some people, but it should not be that surprising either. I’m not saying that being a comic gives him the right to say anything offensive. But being an educated comedy consumer gives me the right to not find it very interesting. Troublemakers getting into trouble is boring. I don’t want to see a person’s bad day at work as my headline, even if they are a performer.

Your television show has been one of the first to capture a nuanced view of life in comedy. Its popularity suggests that audiences want that. The same kind of comedy coverage should apply to entertainment journalism. We want information beyond Michael Richards’ racism and Tracy Morgan’s homophobia. People who love comedy seek to understand it. It’s the responsibility of those writing about comedy to do their job as well as the people generating it. Maybe if that happened, it could amount to better audiences and consumers across the board.

In closing, I’d like to thank you for your time and congratulate myself for getting through this letter without asking you to watch a clip of my stand up. I don’t expect anything from you or this letter. My only hope is that if we cross paths again, I’ll express my appreciation of your work with words instead of intrusive eye contact.