My thoughts on Daniel Tosh are this: By Kenny DeForest 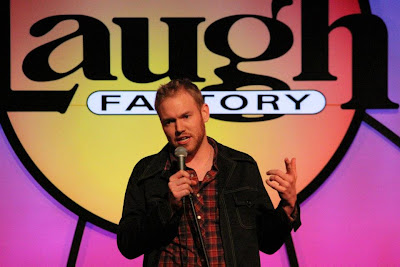 Blogs aren't news sources and comedy is comedy. Sometimes the comedian isn't funny even when he's trying to be and we certainly don't need to jump onboard with every story expressed on every kookie blog in America. The point is, unless he's advocating someone actually rape someone, then the comedian is, at worst, doing his job poorly and we all need to calm the fuck down.

We've adopted a dangerous habit in this social media world of ours where we spread breaking "stories", from a myriad of news sources with wide-ranging variances of credibility, within a matter of hours and an online mob mentality takes hold. Everyone has an opinion within a couple of hours of any remotely controversial event, and the gavel, in our collective minds, has fallen. We no longer take the time to collect and process facts ourselves/let expert reporters do the same before we pick a side and form our arguments. We jump on the flavor-of-the-day argument, usually an emotional reaction from some marginalized group, and we hop on our digital soap boxes to make ourselves feel righteous by showing off our great bravery in making such bold arguments as "minorities should have rights", "women should be respected", and "rape is bad". Well thank you you brave soldiers of equality.

Look, I'm not saying the arguments mentioned prior don't need to be made, but we also can't be making a knee jerk reaction every time a dumb comic says something dumb, and I highly doubt these topics need to be broached on a fucking cookie blog for christ's sake. A prime example of this ending VERY poorly was 2 years ago at Just For Laughs in Chicago. I went to a Jo Koy show to watch my friend Ramon Rivas II open for him at the Vic. I was mainly there for Ramon, but stayed for most of Koy's set and left not knowing the controversy that was about to erupt. At some point in the show, Koy noticed his fly was down. He said something to the effect of "I'm 20 minutes in to the show and none of you said anything about my fly being down? Who noticed and didn't say anything?" a man cheered. Koy said "You noticed? Where were your eyes? What are you a fag?". There was a slight laugh and the show went on. Appropriate? No. Funny? Certainly not. But the crowd barely noticed and the show went on. After the show, a local gay-centric blogger who was covering the show approached Koy and voiced his displeasure with the use of the word "fag" in that context. 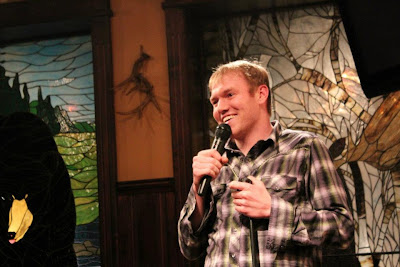 To the best of my understanding, Koy gave a very sincere, heart felt apology and those that were there said he visibly felt really bad. The blogger accepted the apology, and then went home and blogged about it anyway. The next day the story got picked up, spiced up a bit, and released in the Huffington Post and then that evening a national LGBT advocacy blog spiced it up further and released it. By the end of it all it was reported that Koy was booed off stage during a Tracy Morgan esque rant. The result? Koy gets fired from his a NBC TV pilot (Editors Note: according to NBC a total of 3 actors were let go for "creative reasons" and there was no mention of this incident). As a person who was there, I can tell you with 100% certainty that this is not the case all. According to Rivas, Koy ended to a standing O and the crowd left pleased, not even remembering the use of the uggliest of the "f words". Did he deserve to lose his job because bloggers and social media soapboxers like to spice stories up to make them what they aren't? I certainly don't think so. I couldn't find the original blog post, but here's the huff post version and the LGBT version

Now, smash cut to the Tosh debacle. I didn't know about it until this morning when I saw something Babe Parker posted where a blogger chastised Louis CK for some encouraging tweet he sent in support
of Tosh as he deals with this social media shit storm. The tweet was something to the effect of "Your show makes me laugh and you have pretty eyes". Not wanting to say much about it, I sat back, did a little research on the event, including reading the original blog post that sparked all of this, and waited to see how today unfolded. It now appears that Tosh was saying, essentially, "some topics are so bad we have to laugh at them in order to process them" then got heckled and responded tongue in cheek (the saddest part to me is that it seems as though it might've actually been pretty fun given the context of what he was saying). The woman was offended, embarrassed, and felt scared. This should never be the case. HOWEVER, context can NEVER be ignored. Kramer yelling the n-word was inexcusable because he wasn't being funny. He was ANGRILY and SERIOUSLY calling a NON-PROVOKING audience member that word. In this case, Tosh was responding to a provocation in the middle of a joke of which rape was the subject. What would ANY comic say? Probably something about rape and the heckler specifically. That's just the truth of the matter. 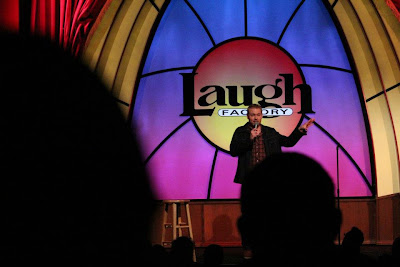 I have no idea what's going to happen with Tosh and I don't really care. I don't consider myself a fan, but I don't dislike him either. All I'm saying, is he better not get fired because a blog said so. The point of this is to encourage all of you to pump the brakes before you spread the next half brained "news story" all over the internet before the facts are out. Curb your emotions for a second and save the soapbox for shit that matters. You know, like this ;-). I have my own blog launching sometime this year so I'm definitely part of the world of which I'm speaking. I just hope I'm able to curb the urge to write a real nice feminist reaction piece the next time a dumb guy says something dumb so I can use it to bang some sluts. You know? (On side note: men should never write feminist reaction pieces. That's more misogynistic than anything a man could say on a stage).

PS I'm at work and don't have time to proof read this so give me a break with spelling and grammar (Editors Note: Don't worry Kenny I got you covered). I just wanted to get this posted before we all forget about it tomorrow and move on to the next soapbox.