Don't Try to Be Funny: By Jeremy Solomon 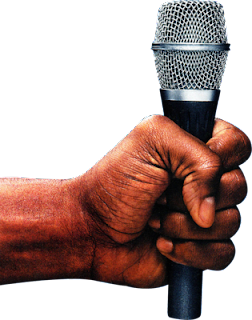 I looked around at my classmates, people I'd spent over a year with in weekly three hour slots, not to mention many drunken evenings, and none of them had any reaction. Oh shit, I thought, I fucking did it wrong. Except there was no wrong. I was worrying so damned much about how I was going to be received even by this group who were not just peers, but friends. Friends I could trust because the first day of class we arranged ourselves blindly by height and groped one another. Friends I could trust because we got down on our knees and...screamed at each other, forgetting there was anyone else there and what in the hell we might look like to everyone else. In those instances, we were striving to be free and comfortable. We certainly weren't trying to be funny.

A year later, there I was in class, the same class where I delivered my botched fight song that I hadn't botched at all. It was my version. But the seed of doubt was planted and later in that very same class I acted strange in a scene. That's what I was doing, acting. Sure, we're meant to perform as characters sometimes in an improv scene and when we perform stand-up, rarely are we the same person as when we step off the stage. We caricatures, heightened or subdued versions of the presenters of the humors that appeal to us. That day I strove to deliver the canned shit I had seen before, but canned shit that I had never found funny. People always do this, I thought, it must be funny. Not only was it not me, it wasn't realistic.

There's been a big bend toward the absurd and irreverent in all manner of media in the past years. But they're things that are obtuse with no point. It's "Hey, I saw that guy be obtuse, and people liked it, so let's do something obtuse." You know what, it may have worked for that guy, but that guy isn't you. Nobody cares about the strange and worthless amalgamation of pop oddities that you want to cross-reference into one superbadass tattoo, all while you try to force new words like "bronunciation," into the lexicon. "Dude, it's like how a bro pronounces things. That joke killed in the Gawker comment section." And that nobody, includes you. Because so many are unconcerned with your opinion and coupled with some delusion, you have the formula for why some people get up to share their opinions in the first place.

"Comedy," that educator said, "is about reality." No shit...except I forgot that. And that reality is your reality, your lens. We both saw that dude step in a pile of dog shit. We both laughed, but maybe not for the same reason. When I tell you what went through my mind to make it funny, maybe you laugh, and maybe you don't, but that shit was my shit.

People are going to laugh at you sometimes up there. People are going to laugh with you sometimes up there. And sometimes they won't. You have control over some of that, but all of your comedic idols have bombed countless times. I started writing this before I read Kellye Howard's recent "Reality Check" post, and I've only made a longer, more boring case for what she advocates: be you. Same goes for what Tommy McNamara said: keep showing up. It takes a long time to find your voice, and that's what you keep showing up for, to craft that. Just make sure it's your voice.