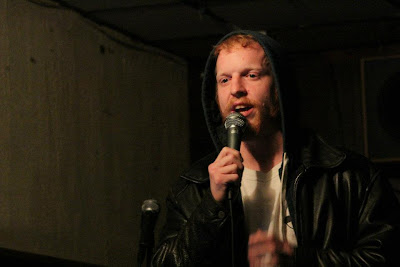 There is a strange stigma growing within the Chicago comedy scene. Some comics have been poking fun and making snarky comments via the internet and in person in regards to Logan Square comedy and the weekly open mic at Cole’s Bar. The reasoning is simple. It always comes down to this: There are certain comics that only go up at Cole’s. That’s it. Nowhere else. This apparently offends some of the other comics in Chicago, I’m not exactly sure why, but it does. “They only go up at Cole’s! The room is too easy! They have no actual material!” To which I reply, who the fuck cares?

I’ve been in and out of comedic performance my entire life, not just stand up but comedic acting, improv, juggling, magic, etc. Think of a shitty way to get a laugh, I’ve probably dabbled in it. I’ve been doing stand up hard now for about 3 years. It’s been an amazing and exhilarating ride. I am a producer of three showcases in my neighborhood of Logan Square now. But I have a dark secret that tarnishes my comedic past. I am just gonna come right out and say it. Ugh, it’s so hard. Be strong, J, you can do it. OK. Here goes. When I started doing stand up regularly in Chicago… I… I… I ONLY WENT UP AT COLE’S! Oh, the shame! Oh, woe is me! What a wretched excuse for a comic I am! Sarcasm aside, that’s how I started and I’m doing just fine.

It bothers me that people on the scene, mainly mid level and seasoned comedians, begrudge this room for being a friendly place. Cameron Esposito and Adam Burke built in a welcoming vibe when the mic first started three years ago. It’s been (and continues to be) a source of new comedians entering the scene. They’re drawn to the energy and acceptance of the hosts. Not to mention that there is always an enthusiastic audience of neighborhood bar patrons. Every time. They are there for the show. They want to laugh. They enjoy being entertained. Why on Earth would a young comic be drawn to such a supportive environment? It boggles the mind. Seriously though, these positive attributes of a widely popular mic are seen as what makes it “too easy”. Well, that’s just strange to me. Cole’s is a mic with a showcase feel. Open mic-ers get four minutes of time in front of a real audience, actual people that aren’t comics themselves. No matter what level you are at in your comedy career, that’s a win right there. The audience isn’t filled with comedic peers who have heard that one about the bus before and already know what the deal with airline food is. Actual audience. Like the kind you would ultimately be performing for if this whole joke slanging thing works out for you.

There’s also not a more terrifying thing for a young comic to do other than going up to a room of just comics with their arms crossed thinking “Who the fuck is this kid?”. If you want to be a comic, sooner or later you will have to face these rooms and situations, but when you’re just starting, I don’t see any shame in incubating yourself in a supportive room like Cole’s before taking that leap out into the entire world of other mics out there. The whole “It’s too easy of a room.” thing doesn’t make sense because it seems as if those disparaging the room are saying “I’ve gone up in rooms way worse than this.” Well, next time I seeya, I’ll give you that cookie you desire and deserve so much, but in the mean time, leave the babies alone. They’ll do other mics when they want to, not when you tell them they suck for trying to get their acts together before presenting themselves to the city as aspiring comics. 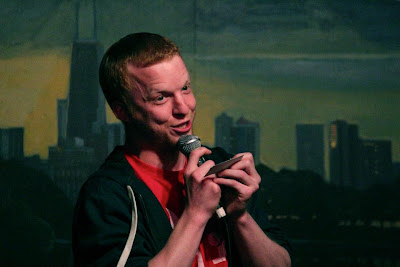 I guess learning to swim before wading out into the ocean is dumb. Well then, where’s my dunce cap? I spent an entire year only going up at Cole’s before I ventured out. I learned who I was onstage, my persona. I learned my voice. I learned what I really had to offer as a comic and what made me stand apart from other comics. I get that older comics didn’t do that at Cole’s, I get it, but a lot of us did. Fairly recently. I am very grateful for that opportunity and I don’t think I’d be here now writing this comedy blog in my underoos if it wasn’t for Cole’s open mic. Thanks. I guess.

Perhaps I’m biased, having had Cole’s as such a large part of my comedic beginnings in Chicago. But I don’t think I am. Every week I watch someone new go up at Cole’s to an amazing introduction by the host and roaring applause from an ecstatic audience. I may never see them again. I may see them dive right in and hit every mic they can. Or I may see them once a week. At Cole’s. Sharpening their teeth. Waiting for the internal drive to finally stop them at their shitty job and go, “Hey. I’m pretty funny. Maybe I should go all in.” And then they do Three Dead Moose, Shit Show, Schuba’s, Two Black Dudes and an Open Mic, Lottie’s, Ace, American Dream, Jokes and Notes, Globe, Logan Theater, Sully’s, Flock Yourself, and all the other mics to come in the next few years. So many, come, gone, new, old. Like comics. Like showcases. Like mics. Well, hate to break it to y’all. Cole’s ain’t going nowhere. The comics that started there are still banging away. More importantly, it’s pumping out new comics left and right. They can stay there as long as they want. For fun. For a future in comedy. Whatever. We’ll be telling jokes, guys. Drop by and see us sometime.