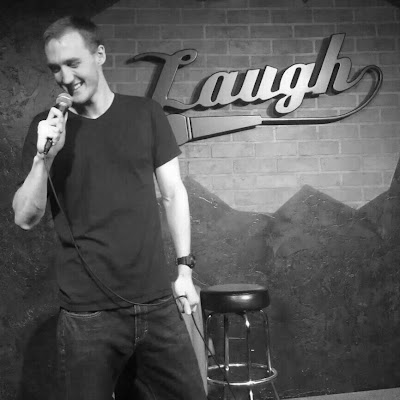 Performing comedy in Chicago has been one hell of an experience so far. The people I’ve met, the places I’ve been, and the things I’ve learned… there isn’t anything quite like it. The following is a quick list of what I consider to be important lessons that apply to both comedy and life in general.

My first open mic was 5 months ago at a comedy club in Bloomington IL while visiting my brother and some friends who all came out to show their support (or more likely to record a potentially viral video if I bombed). Before my name was called, I was in the bathroom having my 8 mile moment, nervous about going on stage, and debating whether or not to just ask the MC to cross me off.  I chose to stay, did my 5 minutes, and the way I felt after that night was a high unlike any other. But 5 months later, the feeling I miss more is the one I felt moments before that set, and here’s why.


Fear is Good
Looking back on that night I realize that feeling of nervousness actually helped my performance. The nerves were with me hours before the mic and only grew stronger each minute closer to the mic, yet it caused me to use every second I had to prepare. As my confidence grew, the nerves slowly faded, but there’s a point where confidence becomes cockiness and that’s the worst thing that can happen to a comedian (more so than being booed off stage) which brings me to my next point.

Safe is Stagnant
Building up to a solid 5 minute set that is strong all the way through is in my opinion one of the first levels of growth a comedian reaches, and it’s hard not to feel good about yourself once that happens. That being said, what I noticed is that the more I used this set, the less laughs I got, and I couldn’t figure out why. I was performing in different rooms and as far as I could tell different people, yet the laughs seemed to tailor off a little each successive night. We all know there are a variety of reasons we get laughs one night and not others but in this particular instance I feel as though my ability to perform tailored off because I was so sick of telling the same jokes. That’s why it’s important to….

Try New Things
Trying new material is one of the best ways to recreate that feeling of your first open mic. It’s a hurdle we should all be crossing each week to grow as a performer. It’s safe to perform the material you know you’ve killed with but it’s dangerous to perform material you’ve never done before. You may flub your lines, miss the punch line, or not even get a single laugh and feel like the worst comedian in the world. I’m slowly realizing that that’s perfectly OK and even if you fail you’ll….

Learn From Your Mistakes
More often than not the first time you tell a joke it will not kill due to the reasons I listed above. It happens, but the most important thing is that you DO NOT throw out that material! When I do a new joke at a mic and it sucks I have a whole walk of shame to figure out what I did wrong and how I can improve that joke. I don’t think I have one bit that hasn’t been rewritten a dozen times over and I’m constantly revising material. Sometimes it’s simply the matter of that joke not being funny to that particular crowd. The only way to know for sure is through repeated trial and error.

While most of those who read this are themselves comedians and can appreciate some of the points made, they go beyond comedy. These are guidelines that can apply to a wide variety of situations we will all find ourselves in at one point or another. To both those who are just starting comedy and those more experienced than myself hopefully this proves helpful when you find yourself in one of those slumps we all experience at one point or another.