The amateur comic: By Rachel Kaboff 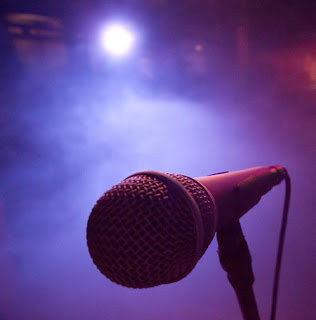 am·a·teur/ˈamətər/: Noun: A person who engages in a pursuit...on an unpaid basis. Adjective: Engaging or engaged in without payment; non-professional.

The Chicago comedy scene is an origin, as well as a destination. People come here so they can say, “Yes, Comedy Bar, Second City, I.O., CYSK, Annoyance, Jokes & Notes, Lotties, Zanies, The Edge, Just For Laughs, etc., that’s me that’s where I came from.” Chicago has cache, but still manages to seem less hectic, driven, and show bizzy than L.A. or New York. Despite that comfort, there is still a subtle feeling that, if you’re not determined to ‘make it’, or side-step into writing, you’ll be dismissed. Your opinions don’t matter. Your material and motivation aren’t as ‘serious’ and ‘important’ as a ‘real’ comic’s. The business mentality is infectious, no?

It’s easy to fall into this division and never appreciate the importance of the amateur comic. Everyone comes from somewhere, nothing will develop in a vacuum, and in order to develop skills in a social medium such as stand up, you require a community to grow in, into, and out of. In Chicago, most of this community is comprised of amateurs.

Much of the developmental motivation for Chicago’s comics comes from this savvy, amateur community. It welcomes new faces, and pressures everyone into participation and personal development. If they stick with it, every comic will have written, performed, hosted, killed and bombed (plus all the other depressing lingo so specific to stand up), regardless of their future plans. With this specialized knowledge and enthusiasm, amateur comics are, if not the easiest audience, at least the most empathic.

People (friends, family, lovers, pets) don’t always ‘get’ why you do standup night after night after etcetera night. Amateur comics do. They understand why making people laugh is important, and thus heighten the social and cultural value of doing standup comedy. The amateur ‘gets’ you, the amateur appreciates you, but the amateur doesn’t want to be you. And that’s okay. It’s knowledge and experience, not assumed motivations, that validate an amateur; because they have these features, amateurs are invested in successes beyond their own. They generally want to see you succeed.

And you need that, because your mom isn’t going to make it to every show.