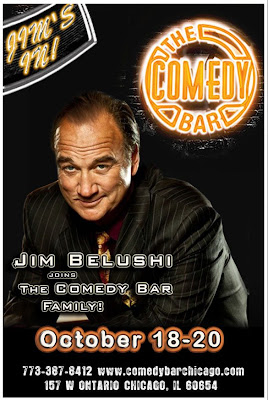 Holy shit balls what a crazy week, our first showcase, The James Fritz Reverse Hello Show was quite the memorable cluster-fuck of a shit show that, from what folks tell me (plastered), was one hell of a good time. We also went to half a dozen showcases and took like a bazillion pics that will be up the COC FB fan page in a day or so. But before we get into what's coming up this week there are a few special events I want to plug.

Beth Stelling's Album is on sale!  Yep the sweetheart of Chicago comedy who moved to L.A. and recently performed on the Conan O'Brian show, finally has an album available for purchase produced by the fine folks at Rooftop Comedy. Hows the album you ask?  Bananas, trust me, I was there, the show was completely bananas.  Don't trust me? Read this review:

“Sweet Beth” is the debut album from Beth Stelling and it’s a perfect storm of stand-up comedy. Everything you hope to find in a comedian is present and accounted for: Spot-on timing, one hilarious story after the next, an odd relationship with one’s dad, and your mom’s dog humping the guy you bring home to meet the family.

Yep Nuff said, go buy that shit, or if your broke download just the tracks you like. The second big deal going down this week is the RELAUNCH WEEKEND with Jim Belushi!

"Kyle Lane, founder of The Comedy Bar announces a new partnership with comedian/actor/musician Jim Belushi. Belushi brings his industry know-how and star power to the River North comedy club starting October 18-20, 2012. Belushi will be on hand Thursday, Friday and Saturday nights to introduce the shows and take part in the performances...."

Lastly, one of my favorites Chicago comics to leave town and move to L.A. is back!  Ken Barnard will be headlining at the Lincoln Lodge this Friday with an all star line up of Chicago comics.  definitely worth checking out. Now here's What's Popping this week.

FLABBY AT THE ABBEY!

Hug City Presents: The Birthaversary Explosion!!!
Racine Plumbing Bar & Grill - (Lincoln Park)
Thursday, 10/17/2012
It's Ryan Durdin's B-day show!  Trust me even if you don't know who Ryan is, this line up is dope... plus it's FREE so come n out.