Best Of Chicago By: Dan Telfer 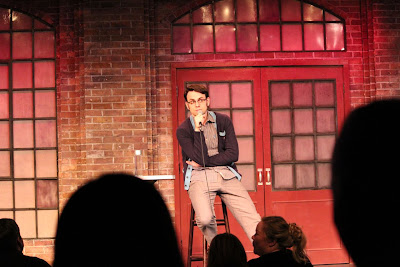 BEST OUT-OF-THE-CLOSET GAY COMEDIANS:
[List redacted because too many of the names on this list grew up in the south, but whose bigoted families still have Google Alerts in case they do something with their lives. Don't worry, I still mention some.]

BEST COMEDIAN WITH AN ENCYCLOPEDIC POINT OF REFERENCE:
Adam Burke.

BEST COMEDIAN WITH AN ENCYCLOPEDIC POINT OF REFERENCE THAT ALSO INCLUDES THE FACTS BEHIND THE COTTINGLEY FAIRIES HOAX:
Cody Melcher.

BEST LOCAL OPEN MIC DEATH
"Your Sunday Best" at Schuba's Tavern. May 23rd, 2010. I decided that in order to follow bombastic genius Jamie Campbell I would engage a sleepy looking couple sitting up front. For my entire set I attempted to get them to say one thing of substance to me, only to find out they were Serbian and barely understood what was happening. I did not have long enough to make something out of it, plus I had annihilated the good energy in the room so I didn't dare be a show off and go over my time. I shall never forget the dark cackles of comedian Junior Stopka as I left the stage defeated.

BEST CHICAGO PIZZA
Pizzeria Aroma, 1125 W. Berwyn Ave. Order with asiago cheese and red onions and tell them Dan sent you. They'll say "Oh yeah… so is that it?" because not even the best pizzeria in Chicago cares that much about Chicago pizza, because they live here and are sick of fucking talking about it.

COMEDIAN RUN SHOWS ARE THE BEST
Chicago has so many comedian run shows, it's safe to say that comedians actually hold the most local control over stage time. On any given night, you can see a booked showcase in a nice venue with a select group of experienced and talented comedians. Almost every major city has one of these rooms, Chicago has at least two for every day of the week. 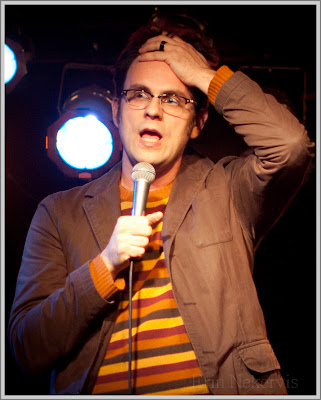 FEARLESS NEW COMICS ARE THE BEST
People come to Chicago to find like-minded improv and sketch performers, but until they complete that perfect ensemble they often hit the stand-up open mics and showcases. Perhaps because they know it is nearly impossible to make a living as a creative person here, Chicago performers are willing to plunge through the depths of their personal lives with complete abandon. Each of them have serious guts. Here there's so much performance on every city block that even nervous first timers blow the doors off of rooms.

LOCAL COMEDY VETERANS ARE THE BEST
Chicago is swimming with people who have been doing improv, sketch, and comedy writing for decades. Then, like a bored Zeus deciding to turn into a bull and seduce some peasants, they will wade into stand-up and make a mediocre comic question whether they should just up and quit. Off the top of my head, I can think of writers from Saturday Night Live and Colbert Report hiding on the fringes of the scene, and performers who have John Cusack's cell number. You can see them be hilarious for $0-$5.

Dan Telfer will be performing @ The Mayne Stage Dec 28th before heading to Los Angeles, along with some of his favorite Chicago comedian friends - Adam Burke, Katie McVay, Dave Stinton, Sean Flannery, and Ever Mainard
Newer Post Older Post Home