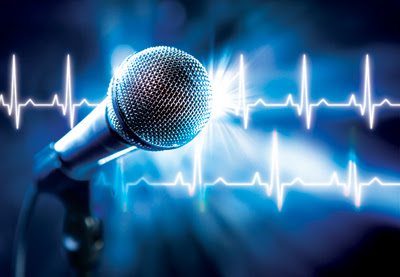 Ever get caught up with your job, paying bills, spending time with loved ones, and forget that you’re a comedian? Well, I recently have. I just spent almost a full month not doing stand-up or writing and just worried about bills and focused on being at work. I’m pretty sure I suffered from it, having not been in front of people for a while and not honing my craft. But, I came to realize two very important things.

The first thing I realized was not to freak out if you’re not doing anything on the scene. No matter what you’re doing off stage, it’s always something that can be used on stage. At first, I felt like I did when I was a kid and had to stay home and do homework while all my friends were out playing. My comedian friends were out making things while I was stuck indoors. Chicago’s comedy scene is huge, and no matter how involved you are in it, or how much of a part of it you are, it stops for no one. It keeps moving on with new talent entering the city every day. So basically, time is fleeting and I felt I wasn’t taking advantage of it.

But now that I’ve taken a step back and analyzed my priorities, I’ve realized how much I love to make people laugh. That right there is the second thing I realized, that I LOVE being comedic. No matter if it’s on a stage or on paper, the feeling of making another human being forget about their problems, realized how ridiculous something is, and just laugh, is so strong that, in this last month, I could feel the effect its vacancy had on me. I wouldn’t put myself in any upper echelon of Chicago comedian, not by a long shot. But having a passion for something that you do makes you know, whether you’re good or bad at it, that it’s something you should keep doing.

So, to summarize, I basically figured out that having “down time” as a comic shouldn’t be seen as failing, but should rather be seen as an opportunity, an opportunity for new jokes and characters to be created, new stories to be told, new emotions to be discovered, and new people on the CTA to derive material from. Life experiences can make an act wittier and help an audience relate and rally behind the comedian (like a George Carlin) rather than cheap dumbed down jokes that aim at shock (like Two and a Half Men…yeah, I think that show’s filth too and you should see my hard drive). And, of course, if you love doing it, keep doing it. Write when you feel you have something to say, audition if you feel you like the part, and go do an open mic if you have the time.


Chicago comedy may not stop and wait for you, but if you think it’s OK without you, you’re wrong. There may be someone who had a long day or is going through a rough spot in their life. And they may be sitting in front of that stage you’re about to go onto. And maybe, just maybe, what you have to say in front of that mic is what will allow them to forget about their problems, realize how ridiculous something is, and just laugh.