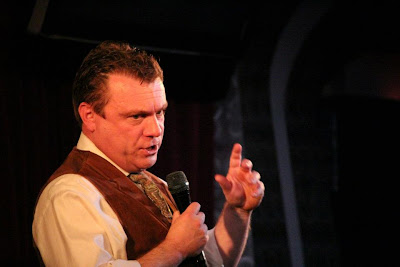 Here is the text of my strongly-worded letter to Nina Metz and Chris Borrelli of the Chicago Tribune, after they perpetrated this pro-heckling in comedy article.

I read your article last Thursday in which you espoused your love of heckling to separate "funny-funny" comics from "funny-unfunny" comics (or pros from amateurs, elsewhere in the article), and celebrated those often-inebriated audience members who make an evening special and memorable for everyone.

First, I'd like to congratulate both of you for mastering the art of modern online journalism. You've written an article sure to be controversial for its contrarian point of view, and by gum, you've got people talking! You've managed to irritate comedians and fans of comedy far and wide, all of whom are linking to your article. Your editor must be praising your click rate today. Although I haven't seen an online post yet that didn't also categorize your article as spectacularly wrong-headed, if not downright stupid, that's really beside the point, isn't it? You've started a dialogue! Be sure to include this article when submitting your writing packet to Slate.com.

I do remember when think-pieces (a term I'm using generously) were more concerned with a desire to inform rather than inflame, but I'm just old-fashioned that way.

I also admire your resilience in sticking to your thesis despite every comedian you quote in the article disagreeing with it. You might have also considered committing an act of journalism by interviewing some audience members to get their opinion as well, but I understand that would have given the game away. It was an impressive slight-of-hand to pat yourselves on the back for being dispassionate journalistic observers in the same piece where you put yourselves in the roles of ideal audience members, so you didn't have to gather responses from the rank-and-file. 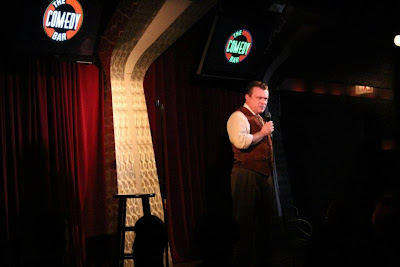 What I would strongly suspect had you done such a thing, and why I suspect you didn't, is that in my experience as both a performer and an audience member, most audience members find heckling to be an awful experience as well. (And yes, I am a Chicago performer of limited reputation, so you can feel free to dimiss this email as the whining of a comedian.) If you disagree, I suggest you go back and take a closer look at those YouTube heckling videos you've been giggling over. Routinely in those videos, you hear other audience members trying to shout the heckler down. Those are not people having a good time, and feeling the electricity in the room of an unplanned moment. Those are people having their evening ruined by someone too drunk, too entitled, or simply too boorish to realize that a stand-up show isn't the moment for them to be the center of attention. Most of those videos are also condensations of lengthy miserable stretches of time, so your little money shot of schadenfreude obscures the painful evening that was had.

I'm not sure why I feel the need to engage your offered defenses in the article, since constructing a solid argument strikes me as nothing you troubled yourselves over when the main purpose of the article was to inflame your readers, and I feel awkward spending more thought on your article than you did. But let's take a stab at this anyway:

Heckling is part of the job:

Well, sure, just like lousy tippers are part of any server's job, and drunks throwing up in the back seat are part of a cab driver's job, and fistfights between customers are part of any bartender's job. Just because you need to develop strategies to deal with the least pleasant part of your job, which is the result of people who do not know how to behave, doesn't mean that it's appropriate to behave that way, or that people should be implicitly encouraged to behave that way by lazy contrarian articles in the newspaper. Do you think my equating being yelled at by a heckler with the potential physical harm of a bartender breaking up a fistfight is too extreme? Ask Chicago comedian Drew Michael, who had a chair thrown at him onstage by someone who didn't know how to behave at a comedy show. I'm sorry the two of you weren't there; I'm sure that would have been an electric moment for you. It was certainly "memorable" for everyone in the audience. Incidentally, Mr. Borrelli, I think you should reconsider your use of the term memorable. Your article, for instance, is certainly memorable. But to quote The Princess Bride, I do not think that word means what you think it means.

Heckling separates the pros from the amateurs:

Dismissing Zach Galifianakis as a "high-concept act" because he can't abide hecklers is the sort of assertion that casts more doubt on the speaker than his subject, and you shouldn't really say you aren't valorizing "funny-funny" comics over "funny-unfunny" comics and in the very next sentence do exactly that. There's no doubt that there are comics who are more quick-witted in the moment with a heckler than others. But I didn't realize it was the purpose of an audience at an artistic event to disrupt a performance to ensure that the performer was the right sort. Sir John Gielgud, I have on good authority, was terrible at improv. What a shame that he didn't have an audience of your artistic sensibilities to shout at him to reveal him for the inferior artist he was.

I seem to have missed the Howard Reich article where he suggests you take your own saxaphone to a jazz concert, and jam with the band from the audience, because a really good band will maneuver around the squonks from the seats.

Here's the deal. You pay your money, and you take your chances. Don't like the show? Don't laugh. Don't applaud. Walk out if you must. But don't ruin it for everyone else. Because when you do that, you're not keeping a comedian honest, you're not making a memorable evening, you're just an asshole. And if you're writing an article offering praise for hecklers, you're an asshole-enabler.