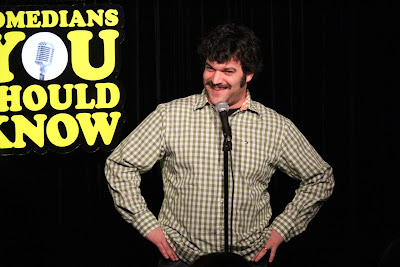 OK, maybe not the world, but this hairy f*cker sure is storming stages all over Chicago this week. Lebovitz, who arguably gets funnier every time he performs, is a co-producer of CYSK (one of the best showcases in Chicago), a shitty dad (his words) and one of the hardest working comics in the Chicago comedy scene. We would be remiss if we did not plug all of the super solid showcases Lebovitz will be performing at in the next several days.

First he's Headlining tonight at "Comedians You Should Know (his own showcase) in downtown Chicago at Timothy O'Toole's. If you've never been to CYSK but always wanted to, tonight would be the night to go. Here is the sweet line up: 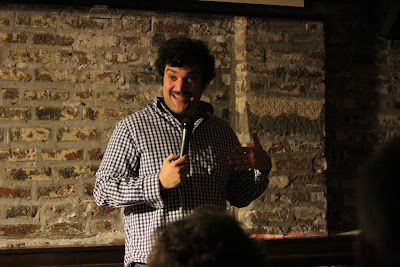 Next Lebovitz will be headlining @ the  Lincoln Lodge.  At first glance you would not suspect that this unassuming, kitschy diner, houses one of the most successful, longest running comedy showcases in Chicago, but that's exactly the case.

Also coming up for this hairy madman: 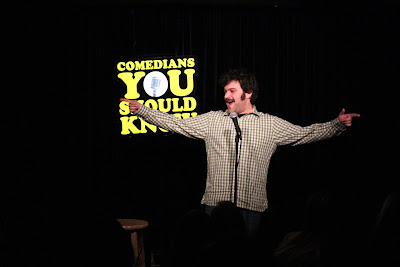 Hug City Productions: FREE (This is the final Hug city at Racine Plumbing Bar & Grill before it moves to a new location) Tuesday (02/26/13) in Lincoln Park

So get out there and enjoy yourself some prime Mike Lebovitz beefsteak while you can. Meanwhile feel free to check out this video of Mike in action to wet your appetite.