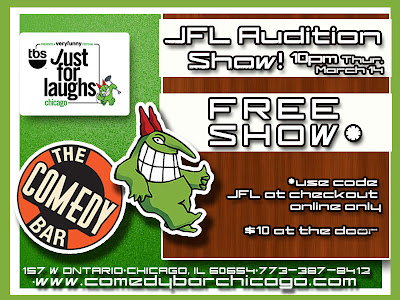 O Saturday, Day of Days, Not like in the war, But in offering up the Laze. How shall I invest you? In rest, or work, or play? Or in seeking something greater?
Not right now, I've got all day...
Anonymous poet.

Felt like quoting a little poetry today because quite frankly, I worked my tail off this week and a lazy Saturday would be just the ticket... But alas, no rest for the weary right? Lots of activity going on both in front of and behind the scenes: Strong showcases with huge local lineups, a major surprise on Monday and THREE big Just For Laugh audition shows are coming up this week. Suffice to say there is a lot going on in the Chicago comedy scene this weekend and beyond. So check out whats popping! 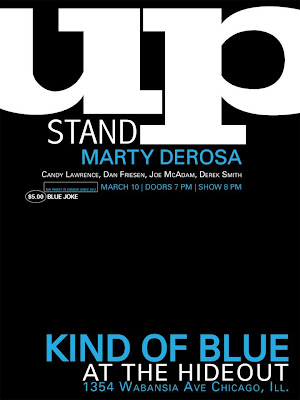 This River North comedy club is perfectly situated for a night on the town. Solid supporting lineup.


Stand Up for Animal Rights
at the Laugh Factory Chicago
March 11th
Come support a good cause. 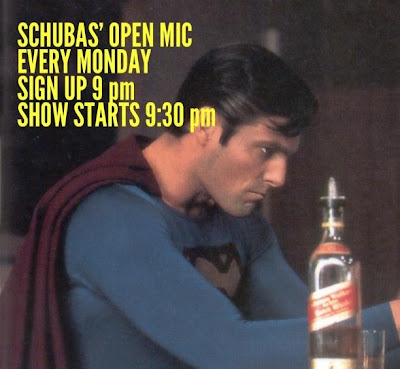