Keep your head up, but mostly down - By: Michael Joyce 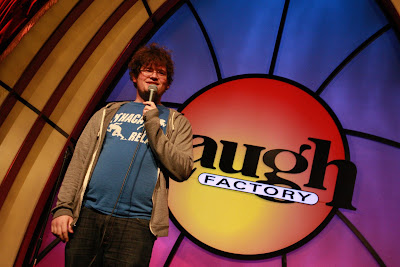 I’ve been doing this a little while now, but it seems like just yesterday I was being ignored at the Mix Open Mic (Closed) by the stars of today. I’ve watched the Chicago comedy scene grow and flourish. I’ve been proud and I’ve been jealous and I’ve succeeded and failed and wondered why I do this and wondered how could anyone do anything else.

To me, there is no turning back because there isn’t any other option. For better or worse stand-up comedy is embedded in me like the ingrown hairs around my pubis. I don’t hate anyone who quits but I do not understand them. It’s all I want to do in life and I love everyone who loves it like I do, even you shitheads. Especially you shitheads. I wish I made more money doing it sure, but only to support my family, quit my day job and to better explain why I do it to my father. 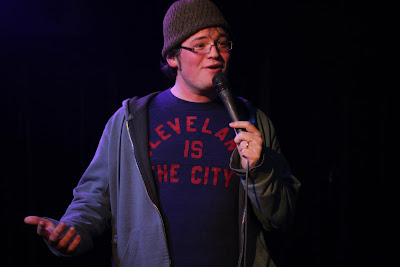 I get booked some places, other places not so much. I don’t know what they think of me, I mean, I want their approval because getting people to like me is one of the sick reasons I perform. But in the end it doesn’t really matter. I’m not going to stop. Nothing will stop me except a bus or a bullet or a coronary (most likely a coronary). All I hope is that I record my album by then.


My advice to you, if I know anything at all, is to keep going. You may find early “success” and it may take you 20 years. Work hard. Don’t quit. Write more. Perform more. Hug a hater. Keep your head up. Keep your head down. And enjoy it, because it’s the greatest goddamn thing I’ve ever experienced.