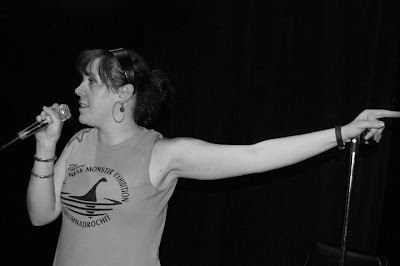 If the Chicago stand up comedy scene were a high school, I’d say I rank somewhere around a graduating freshman to perhaps an entering sophomore. That said, I often refuse to give advice when asked. However, I feel I know enough to hand out a few of the most basic Dos and Dont's for those who have just started to take the plunge.

1. Do hold up the mic. There’s no way anyone will laugh at you if they simply can’t hear what you’re saying. Mics are almost never strong enough to carry your voice when they’re being held at your chest. Even with speakers, occasionally it’s necessary to project your own voice.

2. Do record yourself. Adrenaline skews senses, and it’s pumping through you while you’re on stage. Recording yourself allows you to listen back and hear what’s working and what needs to be changed or omitted.

3. Do go to more than one room. Audiences vary room to room, night to night, neighborhood to neighborhood. The only way to pick out your keepers is to try them multiple times in multiple places. 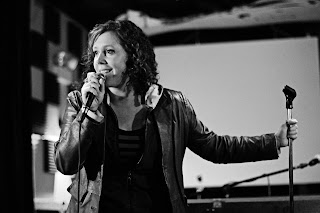 4. Do get loose. I know when I started, my material was specifically planned out and rigid. That only goes so far. Some of my own favorite jokes came out of straying from material off the cuff.

5. Do go to showcases. You can learn a lot just by watching more seasoned comics do their stuff on a booked showcase to a real audience.

6. Don’t compare yourself. Even some comics at open mics have done major work opening or featuring for national acts. It’s counterproductive to become discouraged for not doing what they’re doing. Focus on you.

7. Don’t lie. We all take liberties and exaggerate, but even the most absurd jokes come from a flicker of truth. The audience will be lost if you don’t even believe what you’re saying.

8. Don’t sleep with other comics. I know we all do it and we’ll all continue to do it. But consider that if things go sour, it can get weird, and next thing you know you’re taking your three minutes of stage time to yell at the other about who was first to do a joke about a mutual experience involving getting hit in the face while doing it... for example.