Penises Are Everywhere - By: Tyson Karrasch 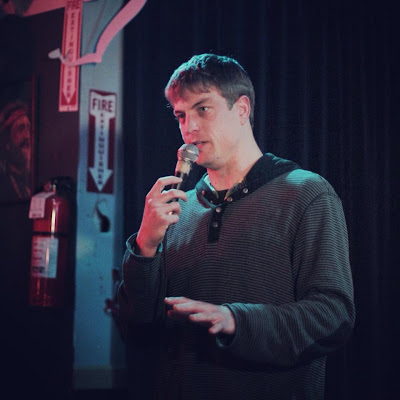 There’s no way to avoid it: penises are everywhere. Between the architecture that surrounds our everyday life and the constant advertisements that prey on male prowess, I don’t know how to walk down the street without giggling. Am I immature or just extremely observant? I would say both (but mostly immature) and that’s why stand-up comedy is so great; not only do we get to talk about penises but we’re supposed to and that’s a good thing. Because without this artistic outlet we (comics) would be much crazier than we already are.

I vividly remember climbing a tree with my best friend, Lance when I was five-years old. We got to the top of the tree, that seemed to go on forever and screamed out, “Poop! Pee-Pee! Penis!” at the top of our lungs. Because when you’re five, all of these are very bad words and using them, means you’re being cool and rebellious. That’s exactly what we were; rebels and I remember feeling like one. We were using words that we weren’t supposed to and the top of the tree was our stage to let them out. We need these kinds of outlets, or else we’ll end up extremely messed up people. I turned out ok (for the most part) and Lance, well Lance is dead (not kidding) but that’s a story for another time. Next paragraph, please. 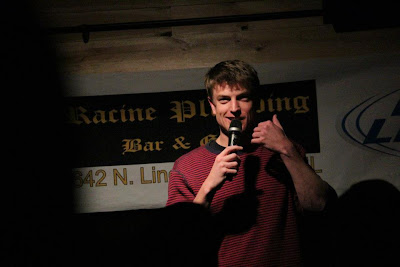 My Dad is always trying to write jokes for me. Sometimes he casually slips them into a conversation and sometimes he sends e mails with a list of new joke ideas he thinks I should be doing in my act. I really appreciate the support and sometimes I do actually use them. My Dad, William, was born in Germany and not unlike the infamous Sigmund Freud (Austria, same thing) he is obsessed with penis jokes. Last week I received the following e-mail from my father:

Tyson, I thought of a good joke for you today. You could do pick-up lines from college guys. The lines would differ for each College Major.

Pre-Med: “Man, I’d really love to send my swimmers up her fun-tubes.”

Imagine my father with a ridiculous German accent and you’ve got comedy gold (or something mildly
entertaining.) Thanks Dad. And yes, it does help; more than you’ll ever know. I love you too and YOU are doing great, you weird, old German-bastard, you!

Herman Melville, perhaps one of the most prolific American novelists couldn’t shut up about his wiener. In short stories like, “I, and my Chimney” and “The Bell Tower,” he cleverly used symbols, like a Bell tower or a chimney, to talk about doinkers. Why, you ask? The reason is “wangs are hilarious.” I’m pretty sure Captain Ahab said that at some point (somewhere toward the end) in Moby Dick. Even the bible is chock-full of tally whackers; “and lusted after her paramours there, whose members were like those of donkeys, and whose emission was like that of stallions." (Ezekiel 23: 21) Donkey D-trains and massive loads of semen! Well played, Bible and way to keep it un-homo-erotic. Completely not gay!

Why did I write this article? Why on earth would I spend so much time compiling data and doing copious amounts of research (15 minutes) only to construct a flimsy, meandering and extremely homosexual article/idiot document that has little or nothing to do with Stand-Up Comedy? These are all great questions. Here are some pictures of me with things that look like penises. See-yah! 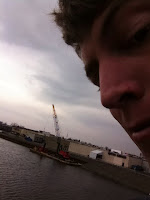