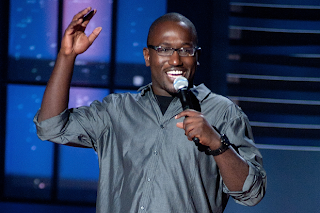 Hannibal Buress, has just signed a HUGE cross platform deal with Comedy Central. Buress, a Chicago native and one of the hottest comedians in the country has become a prolific comedic talent. He's written for Saturday Night Live and 30 Rock, co-hosts Adult Swim’s The Eric Andre Show and has inked development deals with FOX and ABC in the past. As part of the new Comedy Central deal Buress will:

Like we said a huge deal. Here are some other comedy related news worthy items happening on both the National and local level:

Dave Attell will be at the Mayne Stage  July 12 & 13. This is huge news. The Attell booking along with the Marc Maron booking in august has nicely positioned the Mayne Stage as a player (albeit part time) in the competitive Chicago comedy market.

The Laugh Factory offers paid VIP YouTube channel with premium videos. - Could be big deal for laugh factory as it is currently the only premium comedy channel offering on you tube.

FX greenlights Billy Crystal pilot ‘The Comedians - The FX network has green lighted a pilot that centers on a veteran comic (Crystal) stuck with a younger performer on a late-night comedy show.

Comedian Doug Stanhope raising $50,000 for atheist victim of Oklahoma tornado - Comedian and atheist Doug Stanhope is raising money for one of the families affected by the tornado in Oklahoma.

How Netflix is harnessing the power of Arrested Development against mainstream networks - By expanding into content production Netflix moves to compete against the big networks themselves.

Watch Two Comedians Who Don't Know About Fencing Fight Each Other with Fencing Equipment - Not really news, just hell of funny.