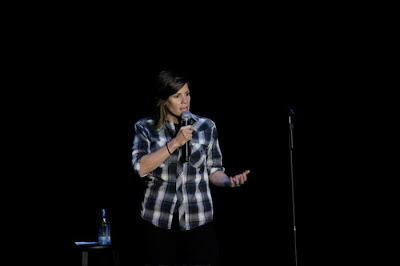 * Yesterday morning my dad called to say he was so, so happy for me and my girlfriend about the DOMA news. I asked him if he was happy for himself too, that he’d be able to see his daughter married. “I am so, so happy for me too." he said. He was the first person I talked to yesterday - well besides my girlfriend who was sleeping next to me when I checked twitter & found out SCOTUS had left us our civil rights under the tree. This is still really fresh - I’m overwhelmed and tired from years of fighting. I feel physically sick about the news. Sick but like good sick.


I was a little gay kid who had no idea what gay meant. Growing up in a very Catholic family in the suburbs of Chicago, I had no reference point. No one was gay - no one I knew. I was Charlie Chaplin for Halloween one year & I remember just being overjoyed at the prospect of wearing a suit. Flanked by 75 JEMS & a zillion poodle skirted girls, I walked house to house in a bowler hat and mustache, hauling an adult sized cane along with me because, it turns out, they don’t make child sized Charlie Chaplin prop canes. 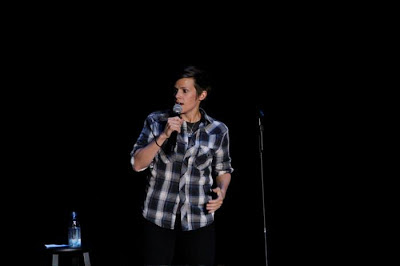 I dated the captain of my high school football team. I was the mascot, a red bird. He was a nice guy - is a kind man now - and was my best friend. Senior year we had a school dance that was famous couples themed & - having literally been voted Couple Most Likely to Live Happily Ever After by our graduating class - we went to the dance dressed as each other. He wore nylons & a wig. I wore his football uniform. It was my favorite dance. I had the time of my life. But not because I was with my boyfriend. Because, for the night, I got to be my boyfriend. For the night, I was dating a girl, even if, confusingly, that girl was kind of me. It’s a little Back to the Future-y in there or Inception-y or whatever sci-fi movie you feel applies.

My dad and I have a special bond - he sees a lot of himself in me. I see it too. He coached me in every sport growing up. I resisted his coaching but played hard to please him. We both argue our point for a living - he’s a lawyer, I’m a comic, it’s basically the same job. He is emotional, kind-hearted. He walked for a 2 miles across this open field between two highways in a suit and tie to make it from a train station to a swim meet I was racing in. He’s like that kind of dad. He was the only dad at that meet. My mom was there at that meet too. My mom and I are very close - she is funny as hell, creative, just generally cool - but my dad is the outwardly emotional one, the coach. He sang at my sister’s wedding. He sings at the dinner table - big solos from show stopping songs my sisters and I don’t even know. “I Left My Heart in San Francisco" is a big one, whatever that song is. He loves his family so much - it’s almost crushing sometimes.

I came out to my dad passively. My parents were in my childhood bedroom, sitting next to me on the bed. My mom asked “Dani seems like more than a friend. Is something going on between you too?" I don’t think I answered. Maybe I said we were dating. Then I remember sitting next to my dad in his car in a Walgreens parking lot. He was running in for something. He was upset. He was worried about my living so far away in Boston and about my ruining my life by being gay. “You’ll never have kids," he said. “I could adopt," I said. “If you’re gay, I could never support you adopting a child," he said. My dad is adopted. Maybe that accounts for the extra love - he got to make a family that looks like him. He got to create relatives he is actually related to. Maybe he couldn’t handle my reversing the process, expanding out again. Diluting the essential, what shall I say…Esposito. Or he thought I was going to hell. Either way, he couldn’t imagine me adopting, even knowing from his own personal experience that adoption can lead to happy, connected families. I was pretty devastated. 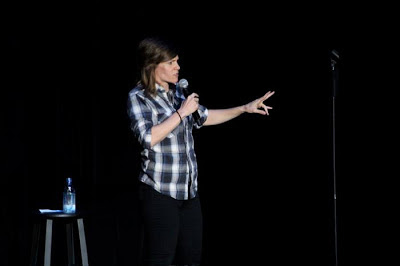 My mom bounced back quickly - she started to ask me questions, seek out friends with gay kids. My dad cried for five years. Every time we talked, he cried. During that time, I didn’t feel comfortable in my family. I felt like the differences between us outweighed the similarities. I was being myself, getting to know myself and this made my dad sad. It broke my heart. I stayed in Boston. In my first girlfriend, I finally found someone who understood the Charlie Chaplin part of me. Walking around the campus of my Catholic college, people would ask if we were sisters, which is hilarious cuz I’m a white person and my first girlfriend was Asian. We weren’t sisters. We were girlfriends. But sisters in a different way I guess. Like I get that people could sense something similar between us, but were just too Catholic to figure out what. It’s not terrible to come out - it’s a relief. You’ve sensed your difference all along - others have sensed it too - and now there’s finally a word for you, or a neighborhood, or a designation, even a slur. At least you know. At least I knew. And I found someone like me, another gay woman, & she understood. So yeah, in a way, we were family.

I was visiting home & we were at PF Chang’s. My dad had just gotten a call - like maybe a week earlier. His birth family was trying to find him. Maybe he was 54 at the time. 54 years of living in with supportive, loving parents that he was somehow different from, in a way that maybe he couldn’t exactly describe. How do you imagine people you don’t know exist? And then one phone call and he knew. My dad has a sister - my aunt. She’s adopted too. They grew up together. But since that phone call, he also has five brothers. They met in their fifties. He didn’t get to meet his mom - she passed the year I was born - but I’ve seen a photo of her & she looks like me. Or I look like her I guess. I’ve met one of his brothers. My dad’s met all of five. 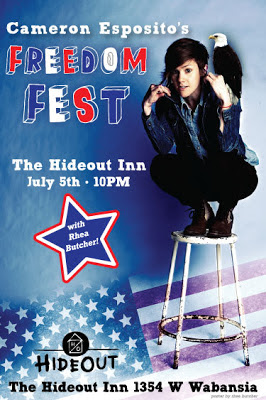 I guess I never realized, until I met my dad’s brother Michael, that my dad and my aunt look nothing alike. But they are alike. Tough & kind, good-hearted. Italian. Like really, really Italian. Religious too. Chicagoans. They’ve known all the same people. They remember their grandmother living with them as children. They remember making wine & sausage with her in their basement. They remember visiting the orphanage they were adopted from to bring presents at Christmas - their parents always brought the nuns & the orphans presents at Christmas.

And they also remember the fear that came with being different and finding out why they were from another kid on their block. “You’re adopted," the kid said - pushing it out like a slur, meaning you’re different, you’re less than, you’re wrong. My dad had to ask his mom what it meant - what “adopted" meant and if he was. Was he adopted? “Yes," his mom said. She couldn’t have kids - a sort of sin in and of itself in a Catholic family at the time. I’m sure he wondered, over the next 50 years, whether he was a mistake, whether he was wrong, whether there was anyone else out there like him. And then, he met his brothers. He met a group of people somehow like him in small ways. They don’t sound alike. They are not Chicagoans. They are not Espositos. They are a little bit Italian. But they look so much alike. They are losing their hair in the same places. They have the same eyes.

We came out together, my dad & I. We found new family, and that strengthened our existing family. My girlfriend was there when my Nana passed - my dad’s mom. His adopted mom. His real mom. My Nana. She was two days shy of 100 when she died. That was one year ago this week. We buried my Nana on her 100th birthday. While we were preparing for the funeral, my girlfriend took my dad’s car and had it washed - he asked her to, so that it would be clean for the procession. She did him that favor without question and he trusted her enough to ask. He likes her - they talk to one another, they have a lot in common. She likes him. My dad’s brothers sent flowers for the mass. One year ago this week, we stood there, in front of those flowers, as a family. Family. Flowers. You know. The same stuff I’ll have at my wedding. My lawful, affirming, honest wedding. My dad will sing.

* This essay was originally posted on CameronEsposito.com and has been reprinted with permission. Cameron Esposito is a Chicago-bred, LA-based comic and the host of the Put Your Hands Together podcast. You can catch her July 5 at The Hideout in Chicago.
Newer Post Older Post Home