Fight For Your Right To Laugh 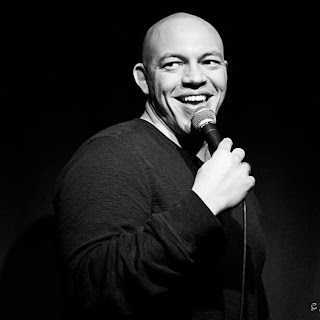 I love comedy. Telling jokes and making people laugh is really the only consistent pure joy I have in life. The one thing I can count on is that throughout my day I will make another human being laugh.

From a performer’s perspective, anyone who gets to the simple level of being booked to perform at free, one-night shows, has worked hard to come up with funny premises, develop those premises, craft jokes, build material, create a set-list, remember the nuances and deliver the whole package in a way that brings the audience along for the ride. That’s what makes it so hard when people in the crowd blatantly disrespect the performer. I don’t remember being at a comedy show ever where absolute silence was requested. A relatable comic says things that make you want to turn to your neighbor and say, “That just happened to me!" or “I’ve been there, friend." A little murmuring and whispering means you get where we’re coming from.

My problem isn’t with that. My problem is with people that treat the person on stage as if they should be allowed to compete for attention. Make no mistake about it, whether you’ve come to a comedy show with the intent to watch comedy, or you stumbled on a comedy show going on at your favorite watering hole, you are not the focus. The night, whatever it might be about, isn’t about you in that room at that time. It’s about giving the respect to someone who has worked, usually painstakingly at times, to invent a series of humorous discussion pieces essentially out of nothing but imagination. The least you can do is respect the effort by being quiet, keeping your conversation to a minimum level and short in length, or simply choose to go somewhere else if your conversation is more important than respecting the room. 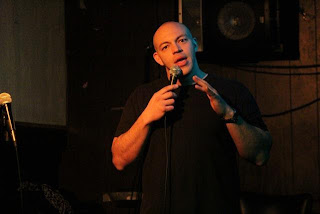 Aside from trampling on the performance of someone who has earned the right to hold a microphone for however long they’re holding it, you trample on the other patrons who likely DID come out to see the very show your “outside voice" is interrupting. Comics often have friends, family, co-workers, and fans (yes, some comics have fans!) that are there specifically to hear them and other comics tell jokes as long as they are willing. Your disrespect is not only towards the performer, but at these people as well. Imagine being at your wedding and having uninvited guests come in and just talk loudly during the ceremony. Or sitting in a movie theater only to have someone come in and just start talking loudly about unrelated subjects. Then imagine them telling you that they can talk as loud as they want because they paid for a ticket, it’s their favorite theater and they like the popcorn there. I’m sure you would agree that isn’t reason enough to ruin your good time. When you disrupt a comedy show by not limiting your talking, you’re doing just that. 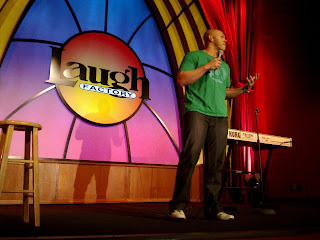 I write this after an incident that happened last night at a show. Apparently the video will end up on YouTube at some point, but a band was set to perform when we were done, and as often happens, the band and their friends are used to hanging out with music playing, where conversational volume doesn’t matter. After multiple attempts to ask a few of the same people specifically to lower their volume or go into another part of the bar, I was verbally attacked (which I did respond to verbally as well,) and then physically attacked. I’m a big guy, but for some reason, people always want to get physical with me first. I try to avoid violence as much as possible but at some point, you have to stand up for your passion, for your friends, for an audience, and most of all, for yourself. I love and respect what the people who are brave or dumb or talented enough do when they get on a stage and I’m not planning on having it belittled or minimized because some people don’t have the respect necessary to function as adults.

So yes, I had to put my hands on someone last night. The details of the actual altercation aren’t
important, but other than a bruise or two on my arms from riding a wave of people through a doorway, I’m fine. I also didn’t get kicked out, which to me is the ultimate sign that I did the right thing. I love stand-up comedy. I love the people that perform stand-up comedy and I’ll defend their right to be respected for what they do in any way I can. I will continue to try and be as polite about seeking that respect, but I won’t back away from where I stand on the issue. Imagine if we all felt the same way and stood for each other as a community instead of waiting for one of us to be in a position of physical risk. Now that would be funny.