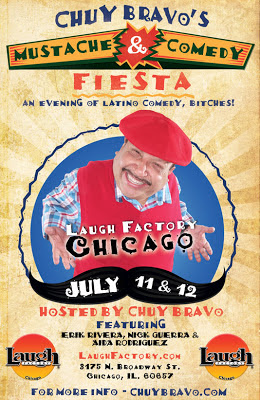 Happy Thursday. As usual there are some ridiculously big shows happening this weekend and as usual we are fighting deadlines to get it out for the masses... so lets do this.

As most (hopefully) of you may know one of the biggest shows going on is probably  Dave Attell @ The Mayne Stage this Friday and Saturday. This show also features local heavy weight Danny Kallas. Guaranteed bananas, get there.

Speaking of weird looking TV personalities the Laugh Factory Chicago is hosting the Chuy Bravo's Mustache & Comedy Fiesta!  Chuy, of the TV show Chelsea Lately is hosting a latino themed comedy show running July 11 & 12. According to LF's press release "Chuy has rounded up his favorite Latino comics and is bringing them to Laugh Factory Chicago! Comedy powerhouses Nick Guerra, Aida Rodriguez and Erik Rivera will be rocking the stage with Chuy all night long! Get your tickets now!"

Another big show that should be on your radar is LIL REL @ THE COMEDY BAR  happening this weekend. Howery, a powerhouse comedian and TV personality in his own right, is fresh off his second Comedy Central special and one of the best comedians working in Chicago Today. Also featuring the hilarious Adam Burke. Recommended.


And oh yeah and this Saturday afternoon? Just two words for you. Reggie Watts

And for you Open Mic-ers out there we listed like 4 new Mics this week so check it out. With out further ado check out what else is popping this weekend and beyond 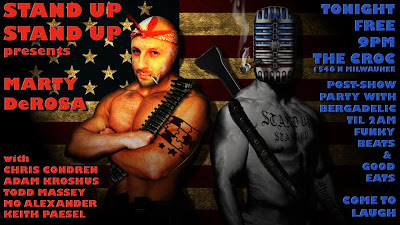 At The Gallery Cabaret
Cupcakes + Comedy = Do it.
TONIGHT! 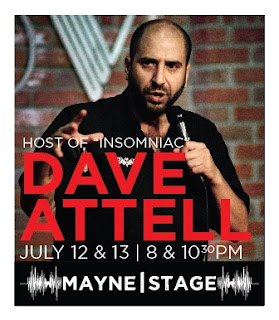 @ The ComedySportz Theatre
Some of the best comedians in Chicago pass through here every week.
Every Monday!

SHIT SHOW TOTAL LIQUIDATION SHOW! EVERything MUST GO
at The Shambles Chicago
Bananas. Be there.
Friday July 26th, 2013