Bringer Show? Who are YOU bringing?

Seems like more Chicago comedy show “producers” are now turning to the Los Angeles scene's model of “Bringer Shows". A bringer show is one that requires a comedian to bring a certain amount of paying guests (door or drink minimum)  in order to perform. Many new comedians are suckered into this model because they usually feel like they are getting exposure and stage time but let's keep it 100.

If the audience is filled just with other comedians "bringer guests", who are you getting exposed to? The producer is usually making a quick buck off of you and your fellow comedians because they've paid nothing for the room (most likely a bar) and nothing for the talent because you've provided it for free! I'm not anti bringer shows, but if you are a comedy show producer here are the rules for me to participate in a bringer show: 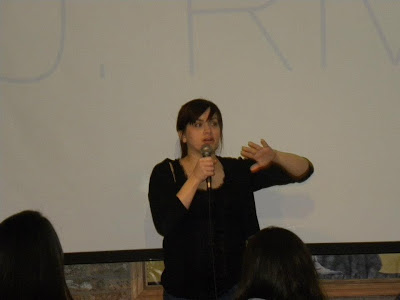 1) IT MUST BE IN A COMEDY CLUB! This gives the comedians an opportunity to network with the booker. And that would be well worth the amount of guests you are asking them to bring.

2) You must have a headliner that draws an audience. Stop relying on new comedians to fill your pocket.

3) A showcase is what it is - a showcase! Have people in the audience that produce shows and pay their talent. That's why you should have it in a reputable comedy club, not in a bar that is filled with patrons that just really want to drink and be miserable.

4) Give the comedians half of what they brought in. If they had 20 guests show up, give them half of the cover charge.

5) If you can't do any of the above, then keep it real and say what the show really is “open mic rental”.

I can go to any number of killer open mics in the city and get stage time for free with audiences that consist of other comedians, friends and normal real people. Why would I rent your mic?