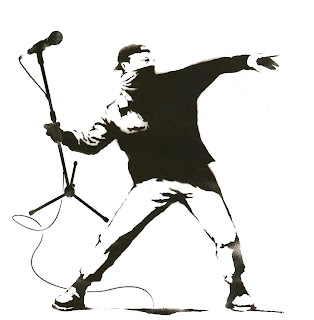 I’m sitting in a coffee shop right now writing new material, and for the first time in a loooong time, I’m getting really excited about performing this material live at an open mic. At first, I thought the excitement generated from my nostalgic love for the Eddie Money song playing on Pandora. But then I realized it was because I was proud of the material I had just written.

Usually, where I perform comedy dictates how I write. A lot of times, I get stuck trying to write for a specific venue or audience. But now when I find myself writing that way, I tell myself not to because I've learned that audiences in Chicago, are too smart for that. People just want to see what you’ve got, not that you fit in. This was something that I struggled with, not only when doing stand-up, but with improv as well. I’m 33 years old, which is not really that old at all. But with the amount of talent in this city that is in their early 20’s, it made me feel like I had to play catch-up.

I think I confused the beauty of writing comedic material with basics of wanting to fit in. When seeing groups comedians open mic hop, or improv friends start troupes/companies without you, the introvert can easily take over. And, when it did for me, it became the perfect time to analyze what made me want to get into comedy in the first place. I love the friends I’ve made here doing comedy in Chicago. But, I shouldn’t to do comedy to make new best friends. I, like other comics that feel the same, need to do comedy for other reasons. 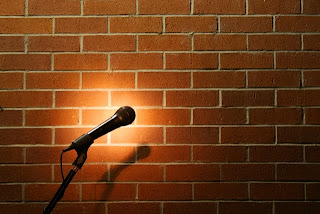 Some of us need to do comedy because it’s what we know or do best. Some of us just have a huge
passion for getting up on stage. Some of us use an open mic as a form of therapy. And some of us keep doing it to challenge ourselves to grow, professionally and emotionally.

I’m 100% open to making friends on the comedy scene here in Chicago; there really are some great people doing excellent work down here, people with talent and heart. But the material needs to come first. Knowing who you are as a comedian and what you want to present to an audience can help you feel comfortable, even if when a joke bombs. Make sure you’re proud of your material. I’ve found out first hand that Chicago is NOT a place where you can just mail it in each night. I’m excited to perform this material I’ve just written at an open mic soon, it shows MY sense of humor and it may or may not work on stage, but I’ll deliver it with confidence. And, hopefully, friendships will follow.

Zach is a writer, comedian, improver and filmmaker based in Chicago.
You can check out Zach's web based video series on Chicago open mic's here.
Newer Post Older Post Home