Like dry wit? No one is drier than rising star comedian Jacob Williams. If you don't know the name you really should... Jacob made it to the semifinals on NBC's America's Got Talent, has won several comedy contests, opened for Nick Cannon, and Pauly Shore 's showtime specials and has toured nationally with the Bob and Tom Show comedy show. When Jacob isn't on tour across, he lives in Chicago where he works hard in the comedy scene on his stand-up. Jacob is about to bring his comedy skills to the test as a cast member on the new season of MTV's Wild 'N Out (Jacob's on tonight!). We got the chance to interview Jacob and ask him about the MTV show, his take on Howard Stern and his own opinion on the state the Chicago comedy scene.

Comedy Of Chicago: So how exactly did you end up on (MTV's) Wild N Out TV show?

Jacob Williams: Well basically, I entered a stand-up contest and ended up winning the contest to open for Nick Cannon. So they flew me out to Las Vegas where he was doing a stand-up special for Showtime, and he was super nice.  Then last year I auditioned for the America's Got Talent TV show and so I saw him there, he doesn't really have anything to do with the selection process or judging, but he's the host of the show so we got to reconnect. After that show aired, I got an email from MTV saying they wanted me to audition for the Wild N Out TV show.  So they flew me out and I did it, which was very surreal, because it's just not a show I would expect to be on, the tone is very different for me. I have very quiet and subtle sense of humour sometimes, and that show is kind of a big party. A lot of the people on the show tend to be very aggressive in terms of comedy style, but whenever I'd watch the show on TV it looked like fun. So the  audition went well and I got got a call back, and that went well, and so I got on - but I owe that opportunity completely to Nick Cannon.

COC: Your in 5 out of 12 of the episodes (Starting tonight), and as you said it is a pretty energetic show, what was the production process like, did you enjoy it? 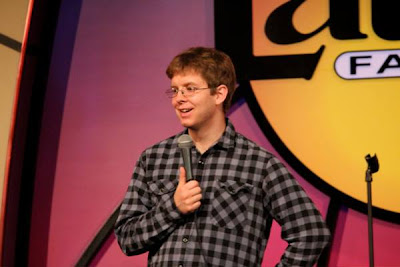 JW: Yeah it was super fun, I feel like Chicago is really good preparation for this type of show since there is so much stage time in Chicago. The show (Wild N Out) is really kind of designed to make the performers look good, we have these really great audiences on the show, and the TV resources like a costume department, make up, dancers, a DJ, celebrity guests and everything is designed for a good show. But I feel like the the most important thing is this great connection with the audience, and for me coming out of Chicago helps a lot.

COC: So it sounds like your experience in the Chicago comedy scene helped prepare you for working with live studio audiences.

JW: Yeah thats right, Chicago is like the perfect training ground for me. It's great for a show like Wild N Out because you can get so much stage time here and there are so many talented people to collaborate with, which is basically what the MTV show is all about. So having the opportunity to hit up so many stages and great showcases leading up to to the production really kept me sharp for when we started filming the show.

COC: You mentioned celebrity guests, anyone you can mention?

JW: The are a few things they don't want me talk about about... But the shows premiere featured Kevin Hart this season. Amare Stoudemire is on the show, also Macklemore and Ryan Lewis which was really fun. I was really excited about Kevin Hart since he's so talented and I've watched him a lot as a comedian. I wish I could mention one other cameo that's going to be super great, but I cant. But really, just the normal Wild N Out cast is amazing, like Cory Holcomb who has headlined the Chicago theater on his own, is just so good. Mikey Day, and DeRay Davis are great too, There is an amazing collection of so much talent on this show.

COC: When you were on AGT did you get to meet Howard Stern and what was that like? 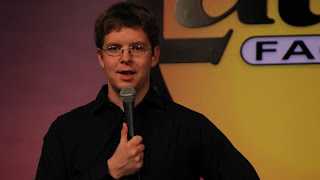 JW: (Laughs) He's very tall. Most of the season they try to keep the contestants and judges separated out of fairness. But I got to speak with them them on stage and they were all super nice. But once the show was wrapped up I got to meet Howard in person and he could not have been nicer. He's one of the most honest people I've ever met, I feel like he calls it like he sees it, and it always felt like he's was giving unfiltered advice. He was really nice to me, very genuine, very friendly.

COC: Many veteran Chicago comedians move to LA or NY do you plan on moving soon, or will you continue to use Chicago as your home base?

JW: That's a  good question. I have no plans to move at the moment, but a lot of my comedian friends have. I've worked in both cities and they are great, but right now I feel like Chicago has a lot going on so I don't really feel the need to move. In LA it can be hard to get stage time, you have to drive everywhere, and in NY there are SO many comedians and it's such big city I get almost claustrophobic there. I've talked to a lot of comics and no matter where they live they want to tour around the county, Chicago is perfect for that since it's like the capital of the Midwest and is near so many clubs. Plus the improv scene is the best in the world and the stand up scene has never been better. So yeah no need to move but maybe one day if there is a good reason.