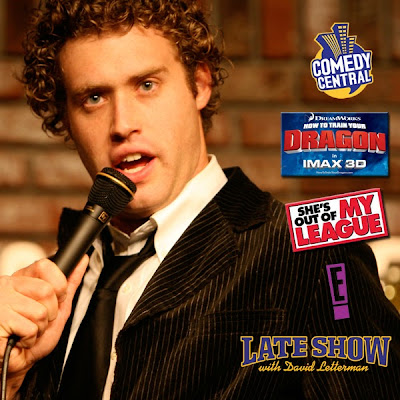 BREAKING NEWS: This is fresh off the presses yo! Former Chicago based comedian T.J. MILLER will perform a special MIDNIGHT show tonight at the Chicago Laugh Factory!!! T.J. is currently in town shooting Transformers 4, is a Chicago Favorite, has been in a bunch of hollywood movies and is one of the hottest comedic performers in the game right now. Brilliant and unpredictable, Miller is on top of his game. Put quite simply, if your a real Chicago comedy fan you need to get there. Whatever you plans - change em. Check out the press release then get your tickets quick like fast.

"JUST ANNOUNCED! Comedy sensation T.J. Miller is dropping by for an impromptu midnight performance! T.J is currently in town shooting Transformers 4. He has been seen in movies like She's Out of My League, Yogi Bear 3D, and Cloverfield. He also starred in his own Comedy Central series, "Mashup." Don't miss this one time opportunity to comedy's most unpredictable star! Tickets sold out last time, so get them while they're still available!"