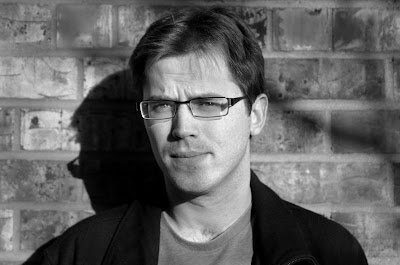 I’ve got three-ish years onstage now, most of which have been in the suburb scene. I’ve earned respect in the burbs. I’ve done 6, 8, 15, 25 minutes sets. I’ve worked clubs, done weekends, contests, one-nighters in goddam Morris or Peoria or Champaign or wherever will have me. For awhile, I’ve broken even on gas money, which is Mt. Everest to a baby comic. I’ve gone up no less than 4 nights a week for that time, and now that I’m in the city (Chicago), no less than 6 nights (unless I want to kill myself – for reference see DSM IV Bipolar 1).

But now I’m here, where the scene doesn’t know me. Some people know me, my work, some people think I’m funny (or funny enough to talk to), none of whom would mention my name, but they know it. And it all starts over.

It’s funny/aggravating/exciting to go to a mic and work out and be told after my set, with surprise, that I did well. There’s misplaced pride there (Of course I did well! I’ve been working at this longer, not doing it longer, but working at it longer – huge difference) but there’s good pride, too. Watch stand-up (and watch stand-ups watching stand-ups) long enough, and there are laughs that aren’t laughs, they’re respect laughs, they’re I-already-know-you’re-funny-so-I’ll-give-you-the-benefit-of-the-doubt laughs. I’ve gotten those on occasion and I think they’re destructive. Getting laughs when people don’t know you? Those are the most important to developing. And that’s how I view the scene. Not as something to be entranced by, but as something to hone my craft, a whetstone of… oh fuck I’m pretentious.

There’s a perception in the burbs that city comics don’t respect them, which is silly. Silly-billy. Funny’s funny. But there are very real, subtle differences. When I go to a mic in the burbs on a Monday, that’s the mic I’m doing, there’s no other place to go. In the city, I’ll hit this, that, another, and then try to hit one more before it closes the list. In the burbs that mic counts. In the city I can try a bit one place, workshop it on the way to the next place, workshop it again, and then at the end of the night I have a much better bit than what I started with. In the burbs if I do five minutes, that five minutes will be recorded and then analyzed with such intensity, listened to and re-listened to and again, rewritten over and over again, without the benefit of that instant feedback. It’s impossible for that not to leave fingerprints on how that bit develops. 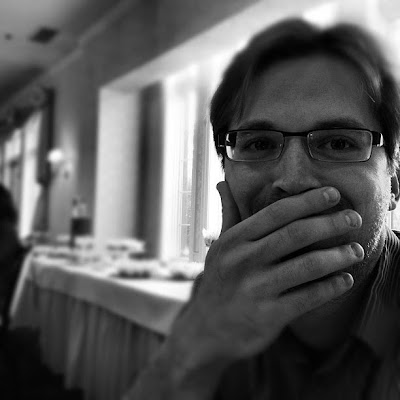 The audiences are different. A spot at the Comedy Shrine will be for anywhere from 10 to 50 people. Most of whom will be above the age of 35 (that’s generous, they’re usually fucking old as shit). That changes the way your jokes develop. Now my jokes have to work for them, the audiences at open mics usually between 18 and 35, and then when I do a set in bumfuck bullshit wherever Illinois, they have to work for people who I hope never to speak to in real life (sorry bumfuck Illinois, I’m free on the 28th if you need a comic to fill in). The hierarchy of comedy is the same everywhere, though. Some people can drop in, others can’t, everywhere you go, same thing. Everyone knows that it’s not always a meritocracy there, like everything, positives/negatives. The first time you bump another comic down is the best feeling ever. It always made you mad when it happened to you, and then you do it and realize that it’s an instant validation of the work you put in. But sometimes it’s not about the work, it’s about the opportunities you can provide and that’s destructive, too. But that’s the game, It won’t change and why complain about it? Put your head down and work.

I think changing scenes is incredibly important to development. There’s no complacency when no one knows who you are. There’s no assumption that people will laugh if you do whatever shit you thought was funny yesterday. There’s only the jokes, there’s only the work. The impulse, though, is to treat open mics as an audition. “I gotta be funny ever time I go up so my name will start to ring out” (Comedy is much like being a soldier in The Wire). So you think, I’ll do the stuff I know is funny, that way people will know I’m funny, and then I’ll get on showcases and blah blah blah. That’s destructive, too. I don’t care if my jokes kill at an open mic. I care if the bit is getting better.

Showcases are a necessary evil. They’re good short term goals, they keep you focused. But at a certain point, they become so important to comics that we forget the long term goal. They make us think of ourselves and each other in terms of better or worse. I think the only thing that matters at this level (or at least matters to me) is am I on the path? Am I on the path to becoming a professional? Who cares if you think I’m good or bad, or if I am good or bad, or anything else. Am I on the path. 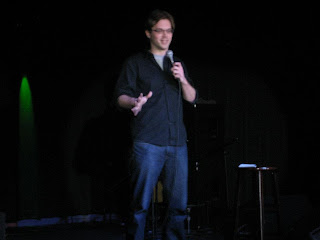 I don’t know if this is the truth, but I do know most comics think it’s the truth; in order to increase your chance of becoming a working standup, eventually you have to move away from Chicago. Becoming a working standup is my obsession. It’s not my goal, it’s my compulsion, it’s what makes me go to work and want to tell every person I see to fuck off (which is great for customer service industries, try it!).

This is practice for me, I think, moving from one scene to another. If I can take what I’ve learned, what I’ve worked on, what I’ve struggled for, from one scene to another, then I can do it again. Suburbs to Chicago, Chicago to New York, New York to, I don’t know, fucking Mars by the time I’m funny enough to headline. I’ll be making ex-pat Martians laugh their balls off and cashing my goddam Quatloos (Star Trek Reference!).

Or I won’t. I might not ever be funny enough to work consistently. I might not have the talent; I might not be able to write as well as a solid headliner. But I know for goddam sure that it won’t be because I didn’t put the time in. That’s the best thing about Chicago, that’s the thing we should all be proud of. If you want to put in the work, the city will give you the stage time to do it. Every city comedian that wants the time will get it. Chicago is a place where you can put the time in and put the work in and put the effort in and get real results. In standup there’s no real difference between the burbs, the city, another city, New York City, Los Angeles. There’s only the work that you put in and what you learn from it.

Oh and then there’s a shit ton of luck. Cause comedy is definitely not fair.