Kenny DeForest on Jokes and Notes

(Editors Note: This interview was originally published in on 04/26/11. But in honor of Kenny moving to New York and in light of the fact that two years later, many of his statements about Jokes and Notes still ring true - we decided to repost the article. In two years, Kenny's skill set has grown by leaps and bounds. He's become a regular at The Laugh Factory, The Comedy Bar, The Lincoln Lodge, Comedians You Should Know and has started a popular podcast called "Is This Really It". Were gonna miss the big guy,  good luck in N.Y. Kenny.)


So Local comedian Kenny DeForest got a feature spot at Jokes and Notes. If you don't know anything about anything let me explain why this is cool and news worthy.   Jokes and Notes is arguably the top premiere comedy club in Chicago.  It's also happens to be African American owned with a predominantly Black audience, which is also why, unfortunately, some folks on the north side have never heard of it.  Kenny DeForest on the other hand, is a young white male comedian from Missouri who performs and produces comedy shows at mostly white venues.  But it seems that Jokes and notes is looking to add some diversity to the clubs lineups and Kenny DeForest has the talent to appeal to all audiences.  Kudos to Jokes and Notes for having the vision to broaden their booking.  Hopefully some venues on the north side of Chicago will follow suit. Check out this interview with Kenny based on his experience at Jokes and Notes.

Comedy of Chicago:  What drives you to perform stand comedy?

KD: Competition. I'm a hyper competitive person as I was an athlete my whole life. I played 2 years of Division II college hoops before blowing my knees out. Once basketball was over, I needed a competitive outlet because no one wants to be the guy who takes intramural sports way too seriously. I'd always been a class clown type and I love making people laugh, so I gave it a shot and got hooked. It also didn't hurt that my roommate in college, Matt Stell, was a musician and he got laid all the time so I had to come up with something.

COC:  What was your first stand up set at Jokes and Notes like?

KD: I did my first J & N set last summer around August or so. Ramon Rivas II got me to go down there with him. I was really nervous and tried several times to talk myself out of going up, but ended up leaving my name on the list so I wouldn't leave with my tail between my legs feeling like a pussy. I was freaking out, pacing on the sidewalk trying to calm myself down and figure out what I was going say when the owner, Mary, came out and gathered all the comics around. She explained that the show that night was themed and that all the performers were to talk about racism. Fuck me. That is not calming news. She then asked who had been to the club before and everyone but Ramon, another white dude, and myself raised their hands and she said "we want to let performers who support the club go up first". Thank God. I'm saved. Then she pointed at Ramon and myself and said "you guys are definitely going up, though, because the show needs diversity". Fuck me again. I ended up going up close to the beginning of the show and Lil Rel was hosting whom I had definitely heard of. I decided right before I went up to just go for it and not let my nerves show. I ended up doing well and having a blast so I came back the next couple weeks. Mary liked me right away so things have been smooth down there ever since. 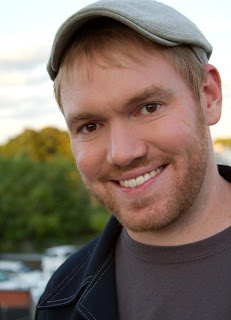 COC:  How does the Jokes and Notes open mic scene like compare to most open mics on the north side?

KD:  Jokes N' Notes is the best open mic in the city, hands down. There's no other place you can go up in front of 100+ paying audience members at an open mic. It's a packed club so it feels like a regular show and they control the list pretty tightly so there aren't a lot of duds killing the energy in the audience. It's a challenging room to succeed in, so it forces you to step up and bring it which is always good.  I've just been fortunate enough to do well pretty consistently down there and Mary took notice. She's also looking to diversify the lineups down there, so I'm sure my whiteness is appealing to her.

COC:  Why would you encourage comics (or would you?) to sign up at the jokes and notes open mic and what advice would you give first timers?.

KD:  I would absolutely recommend it to anyone. If you want to be good at comedy, you have to be able to perform in any environment. It's very important to step outside your comfort zone as a performer and challenge yourself. Plus, from a business stand point, why would you not want to tap in to the "urban" market if you can?

COC:  Seems like you've always got something in the works, anything coming up?

KD:  Check out Speak Easy Comedy at Stanleys in Lincoln Park. 8:30PM  www.speakeasycomedy.com  and Friday, April 29th, is my Jokes N Notes guest spot.
(Editors Note: His last Chicago performances are tonight! @ The Laugh Factory, catch him if you can)