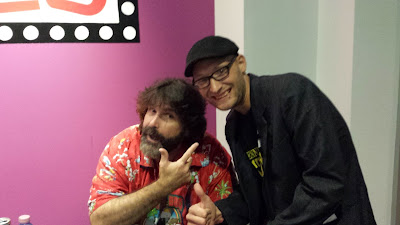 I grew up a wrestling fan. In my adolescence, I would get excited to come home and turn on WWF Raw and Smackdown. They captured my imagination as I would cheer for my favorites like Chris Jericho, The Hardy Boyz, and the wrestler I was memorized by as a kid … Mick Foley.

I immediately gravitated towards Mick Foley and the persona's he would portray (Dude Love, Cactus Jack, and Mankind). His first autobiography, “Have A Nice Day” was one of the first book I read outside of an educational requirement. I was inspired by his commitment to learning his craft. From sleeping in his car while training to become a wrestler to putting his body on the line to entertain fans that came to see him (regardless if it was in a high school gym or massive arenas). 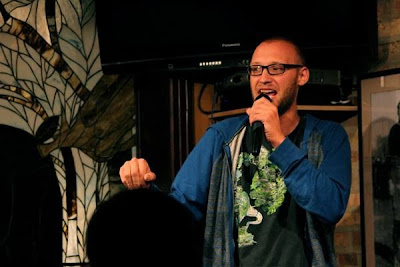 Some of you are wondering, “Why is this on a stand-up comedy website?” It’s because the
fascination I had with watching Mick Foley and other professional wrestling when I was young (and now) led me to path of pursuing stand-up comedy. Because of wrestling, I took interest in being in theater in school. When I was in theater, I developed an interest in performing on stage more, which eventually led me in the direction of stand-up comedy.

With that being said, I was excited to be able to meet Mick Foley when he performed stand-up comedy at Zanies in Rosemont. To watch him perform in front of the crowd, playing off the energy of the audience, doing the same thing that I want to do was a special moment and it brought back a sentiment that I held for a long time, “I want to make people feel the same way that I felt tonight.”

Gibson is Chicago comedian and coproducer of Black Star Comedy and the creator of Art You Can Laugh At.
Newer Post Older Post Home