The Art of Getting Out There 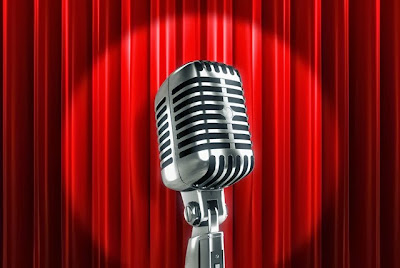 I’m lazy. I realize that posting this revelatory personality flaw on the World Wide Web may reflect poorly on my character (and is very inconveniently timed considering my current job search), but I have to admit it is true. But if there is one thing I know about laziness, it is that I am not alone, otherwise Netflix and Grub Hub would’ve gone out of business quite some time ago. Given this cultural acceptance of laziness, how is it that new comedians are able to pry ourselves off the couch, listen to that insistent message on Netflix asking if you really want to watch another episode of Lost, and go to an open mic?

“The key is to just get out there.” I have been told this hundreds of times and, when I first heard it, I thought it couldn’t possibly be that simple. I need to prepare for weeks, draft jokes, adjust my timing and sacrifice a goat in my room before I can even think about going on stage. But preparation can only get you so far and eventually you have to jump into the deep end and keep swimming. Like most things, practice makes perfect when it comes to stand-up. And in this case, practice involves a microphone and a room full of strangers. So, I’d like to offer a few of my own tips to some people who are hesitant about really committing to stand-up comedy in Chicago.

Get involved. I’m sure you were sick of hearing this in high school/college from your parents in

reference to those stupid extracurricular activities but in this case, it completely applies. Whether it’s joining the Chicago Comedy Scene Facebook group to get a head start on sign-ups or finding a fellow comedian to go to open-mics with, the more you surround yourself with comedy, the easier it becomes to commit. A bar full of strangers is a lot less intimidating with a friendly face in the audience.

Keep a schedule of open mics. As I know from countless personal experiences, it’s easy to lose motivation when an open mic you were planning on doing gets cancelled. It’s even easier to lose motivation when it isn’t cancelled but you won’t be telling jokes for 4-5 hours. But if you know which other open mics are going on that night (or hopefully already planned on doing more than one), you’ll get used to the constant flux of the comedy scene and be able to just go with the flow. It’s important to get up on stage and sometimes you have to trick yourself into being motivated.

Go to different open mics. The beauty of doing stand-up in Chicago is that there is never a shortage of open mics all over the city. Trust me, I understand the temptation to find one mic you like and become a regular. For the first year of doing stand up, I almost exclusively did stand-up one night of the week because “I like the open mics that day” (a statement made with no research to back it up). But if something came up that one day, I could go an entire month without subjecting a room of strangers to my thoughtless ramblings. The reality of stand-up comedy is that “getting out there” is more than a once a week commitment. And, just like one’s sex life, it is always good to spice things up a bit.

And I do realize the cliché of putting this on the end of a list for anything but I can’t help it... HAVE FUN! Most non-comedians I know tell me that they view stand-up comedy as a mortifying experience that combines the horrendous notion of public speaking and terrifying prospect of strangers not laughing at their jokes. Granted they’re usually not that funny but, ironically, that makes me laugh. Not because those things aren’t horrifying. But because I’ve already gotten out there, and no one has laughed, and I’m still alive. And because the way I see it, I get to hang out in a bar on weeknights, shoot the shit with a group of tremendously interesting people and be funny…or at least try to. So instead of sitting on our collective asses, let’s get up and go be funny. We can be lazy when we’re dead.

Conor is originally from the North Shore of Chicago but started stand up in San Diego three years ago. Now back in Chicago he performs stand-up when ever he can. You can catch him every week at rooms like, the Open Mic @ Weeds Tavern, Flock Yourself at Birds Nest, Blarney Stone, AJ Hudson's and Revolver every Sunday.
Newer Post Older Post Home