Sex and Comedy - By: Mark Glatt 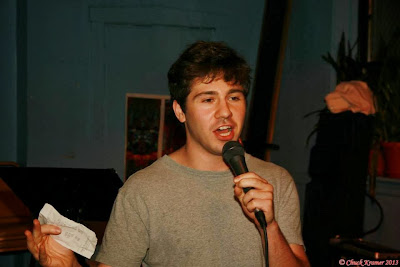 As they say, “comedy is a serious thing”. While it is true that comedy should be taken seriously, it is very easy to forget the importance of fun in comedy. When I go on stage and forget to have fun, I usually have a bad set. Not to be narcissistic but I am pretty sure this applies to other comedians as well. Yes, constantly hitting the open mics and writing new stuff is important but it’s way too easy to get caught up in all of the hard work, stress, blood, sweat, tears, itching, biting and scratching which will result in a comedian forgetting to have fun.

This is where the sex comes in. Getting up on stage is like having sex. Yes, I know what I’m saying sounds creepy and cliché but stay with me for another paragraph or two. Getting up on stage and having fun is what I call the “comedy erection”. Simply because performing without having fun is like having sex with a half-or-completely-flaccid poliwagger. 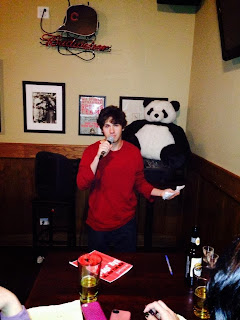 Just like it’s easy to forget about the purpose and joy of doing comedy, it’s easy to forget the purpose and joy of having sex. You gotta go into the sex because you’re horny. Not just because it means you’re having sex. (At this point I realize that some people don’t have that problem when it comes to getting it on but when you’re like me and 80% of your sex happens within an hour or two of meeting the partner and 100% of the sex is involved with someone who you’re not in a relationship with, it’s hard to be excited to sleep with them because you’re more excited that it’s sex than you are about who you’re having sex with).

So in comedy, you’ve gotta think of it as “I’m doing stand up at this place in front of these people” as opposed to thinking of it as “I’m doing stand up”. That’s one of the many reasons to hit open mics. When you find a place that you love doing stand up at – even on a bad night – you can appreciate the place enough to have fun with it. And when you make more and more friends, you find yourself recognizing more and more people in the audience, making the audience more enjoyable to perform in front of. Also if you’re performing new material, you get to enjoy the excitement of spending the night with a new joke.

So even when you’re performing in front of a dead crowd - or trying to get it on in the back seat of a car and have so little room that you’re feet are pressed up against the door and how am I supposed to move around like this? I like to switch between top and bottom constantly and my dad needs me to get him at 10:30 so can we keep the car looking nice? – you’ve got to remember that you’re not just doing it. You’re doing it for a reason. That reason is to satisfy you’re comedy erection. (Yes I realize that women will have trouble relating to this article. All I can say to that is … Sorry?)