Weekly Top 5 time! As always this list is subjective, based on opinions and only covers events we actually went to. So of course, we missed some shit... Feel free to send links to your favorite events. Here are the 5 best things that happened last week. 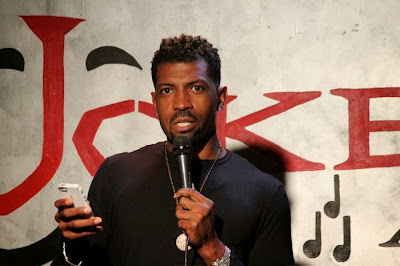 Deon Cole's surprise Jokes and Notes performance: Deon Cole (originally from Chicago) showed up out of the blue and performed a great "work it out set" last Thursday night for the late night crowd at Jokes and Notes. Relaxed and hilarious, Cole was just trying out new stuff for the most part, but that can be some of the funniest moments. To be clear, comedians on the level of Deon Cole can run through material, riff with the crowd, freestyle some jokes and still destroy. But let me explain who Deon Cole is, if you don't know (cause you should). Cole is a stand-up comic, former writer for The Tonight Show with Conan O'Brien on NBC, current writer for  Conan on TBS, received two Primetime Emmy, has also performed on John Oliver's New York Stand-Up Show, Mash Up and Lopez Tonight. And oh yeah... he's ALSO has his own TV show, Deon Cole's Black Box on TBS. Basically the guys a monster. Was a real treat to catch him live. Another reason Jokes and Notes is one of the best venues in town... you never know who might show up. 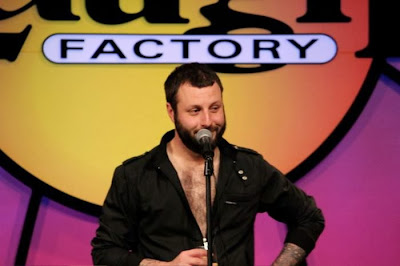 Marty DeRosa smacking up hecklers: Look crowd work ain't easy, matter of fact it can be down right dangerous. But it's an absolute necessity in every comedians repertoire. Should you do it all the time? Will it always work? No, probably not. But it's one of those skills that can be critical at a show, and dealing with hecklers (like it or not), is an important component of that. Some comics are gonna be great at it, some not so much. Marty DeRosa? One of the greats. Case in point. Went to Tuxedo Cat Comedy last Sunday where a real super douche in the back kept insulting all the comedians, DeRosa was sitting next to him and when he went up, he confronted the guy. Classic shit. Later in the SAME show. DeRosa is still on stage, a woman comes out of the bathroom and screams "YOUR SAD!!" (this was completely out of nowhere by the way), Marty with out missing a beat is like "Yeah, I know that... I'm a comedian". Then he proceeds to enter the bathroom and come out pretending to be this crazy woman - six different times, screaming six different alternative heckles... fucking brilliant. 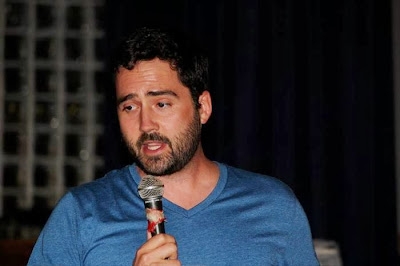 Drew Frees performing all over the place:  Saw lots of Drew in the last week (Sidebar Comedy & the CILY festival, to name a few) and he was at his silly, conceptual, absurdist best. Frees is a prolific performer with so many credits to his name. Plus he's a real sweetheart with a big heart and talent to match. You can catch him TONIGHT at the Windy City Inn with a solid ass lineup: Rebecca Oneal, David Drake, Kyle Scanlan, Drew Frees, Jeanie Doogan 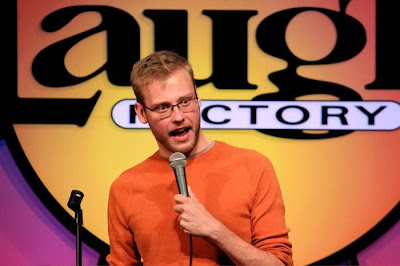 Sean White performing his ass off @ Laugh Factory.  Was a real pleasure to watch Sean rock a smallish crowd at the Laugh Factory on Monday. Probably the strongest performance of the night. I met Sean about 4 years ago at the Lakeshore Theater. I worked there at the time and he was married to one of our interns. Now the Lakshore is no more and Sean is divorced... I say that to say this - time changes everything. And Sean... totally different fucking guy. He's pretty much gotten fearless on stage. His comedy is honest and loud. Just like him. I said it before and I'll say it again, love watching a comic turn a corner and Sean really has upped his skill level in the game. 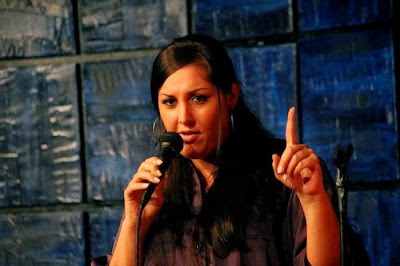 Reena Calm. Damn this woman has been everywhere in the last week. Saw her at perform at like four different shows in 1 night. Stand-up comedy, production, writing, she does a little bit of everything. Calm works hard and it's evident in how many projects she juggles. Not only does she co-produce Three Dead Moose - One of the best open mics in Chicago. But she also co-produces Hoo Ha Comedy, an all female producer collective showcase that gets the best comics (both male and female) in the game to perform (it's been on fire lately). A big part of the reason those shows work so well is because of Reena, just a real sweetheart, her positive vibes go out to everyone... plus she's fucking funny.