A New York State of Mind (Interview with Kenny DeForest) 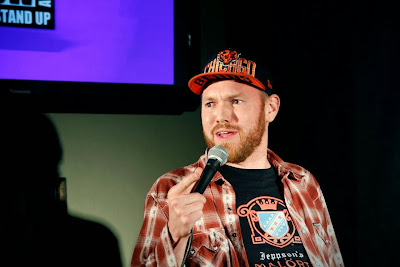 While in Chicago, comedian Kenny DeForest made a solid name for himself. Showcase features, podcasts, producing, writing - he did a lot while he was here to say the least. Kenny recently moved to NY in search of the dream. We talk shop about the stand-up comedy game and his transition to New York city. Check it out...

COC: So your hitting the mics in NY, does it feel like starting over at all?
KD: It doesn't feel like starting over per se, because I've been there enough time before hand, so I know people and I've been able to get on shows for future dates, but when you move there it's not like "hey I'm here now" and their (NY producers) like "oh I have a spot this Thursday", it's more like "I have a spot in January" so it's been a lot of that, but it's good man. 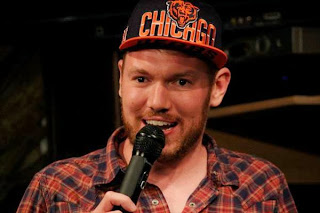 COC: Is the vibe or crowds different in NY, or is comedy just comedy and it doesn't matter?
KD: New york is a bigger Chicago... with industry. Like if you add the pressure of major industry being here that's pretty much what it is, the open mic scene and a lot of the showcases feel the same but... I would say the top showcases feel different, you know what I mean? It's like more "this is my product, put me on TV" or whatever it's more of a environment to be seen.

COC: Some of the showcases here in Chicago, and you've been on most of them, are kind of loose, comics do crowd work and try out new material. Is New York similar? Or is it more about a consistent tight ten?
KD: Chicago is more that way in that sense, and that's what makes Chicago great, is that your always loose. Your never concerned about who is going to see you, you feel free to bomb in Chicago, like that's OK. You know, the Conan booker is not in the audience, we all know that, so we can go and try new shit. In NY, I've tried to be in the state of mind where I'm still going to be loose and  do my thing just because I think that's how comedy is best. But yeah you see comics who started in NY and clearly they are like "I want to impress and do my tight set".

COC: So your living in Brooklyn now, what's that all about?
KD: We live in Bushwick, I would say it's  like the Logan Square (Chicago neighborhood), it's cheap you know it's got some new shit popping up here and there, it's like the new happening area if your into that sort of thing, but yeah man its cool... it's exactly what you make of it, it really is. 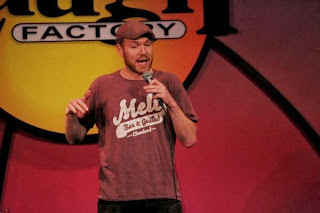 COC: Just like Chicago...
KD: Yeah, Chicago's great. To me it's the best scene you can start in... in the world. But you hit a point in Chicago  where your like OK I've done all the shows and your like whats next and that's kind of where I was. I wish you didn't have to leave Chicago, I honestly wish that was the case. That you could just do your thing here and eventually you would be picked up, but the thing is that the industry is lazy. There not going to come to you. Until there a late night show based in Chicago where you can  be like oh I'm on Conan tonight because he films in downtown Chicago. Until that's the case man you kind of have to go to them, cause they might love you here, but they (industry peeps) are not gonna fly here and see you. and until that happens it's just kind of the way of the world.

COC: You plan to continue your podcast in NY?
KD: Absolutely, I recorded a bunch before I left and this last trip home I  recorded several more and I've been able to still do it with people I'm comfortable with. So by the time I need to record new ones in New York it will be with people I'm comfortable with there. I don't want to move there and have to record new episodes and be like "hey new guy, sit down and talk very deeply with me", so luckily I've  been able to connect with some people  and when I get back up,  I'll be able to start recoding for the NY episodes. 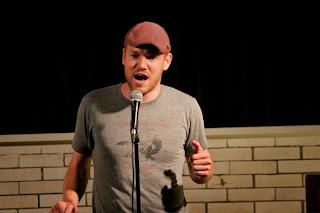 COC: People who don't know you, may not realize what a thoughtful a guy you are, that your deeper than whats on the surface, and your jokes show it, they are well crafted, thoughtful jokes. Where does that come from?
KD: I would say my  parents honestly. I come from a good back ground, I don't come from like a broken home,  I come from a little bit of money,  but my parents were both old hippies  and I was always taught to kind of open my mind and think outside the box and sort of follow my gut, because that was what they were doing back in the day, you know. So yeah I think when I  first started doing comedy I was kind of worried and I was almost shameful  because I had a college degree and my parents paid for it. I went to a private college and it was paid for out of pocket and then I'm like I want to do comedy. I felt like a selfish spoiled little brat, but the more I got into this and I've done shows in front of them and they've seen I'm very serious about this and I think they are honestly like "no man we've made our money but that's  not necessarily what you need to do". My dad  runs a business but it was never ingrained into me "like this is the family business and you have to do this". It was like "hey man if you want to do something else we get it". So my parents were like very supportive  I remember when I was a kid playing sports  my mom pulled me aside and said "hey don't pick just one sport, play them all. Figure out what you like and what you love". So when I started to do stand-up I thought they would be ashamed, but I found out they were actually very proud that they raised a kind of free thinking son so it's been a cool thing.

COC: Anything you want to plug?
KD: Well to anyone reading this in NY, Two Black Dudes, which I'm now a co-producer of,
just  got picked up at Stand Up NY, which is a one of the bigger clubs up there and they have a black box theater called Stand Up NY Labs and we will be producing 2 Black Dudes monthly there starting December 12th, so if your in the New York area check it out.