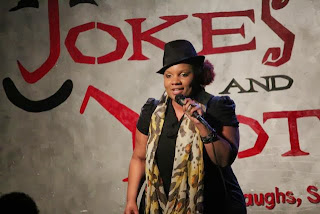 Have you ever day dreamed of performing alongside your favorite comedian? Let’s be real, all comedians have. We all have that one person we’d give up all of our Mac makeup for just to open for them. Well it just happened for comedian/producer Taneshia Rice (Just Nesh). And it all started with a Tweet!

With just over a year on the Chicago comedy scene, Just Nesh has began to make a mark. Winning The Starting 5 competition “Chicago’s next big comic”, placing in WGCI & Dos Equis' most interesting comic competition and most recently, last weekend she opened for Cedric The Entertainer at the Arie Crown Theater, (High five!) a venue that seats over 4,000 people! If you don’t already know Cedric was one of the Original Kings of Comedy alongside D.L. Hughley, Chicago’s own Bernie Mac, and Mr. Everywhere Steve Harvey.

I caught up with Just Nesh to find out how a tweet landed her a spot opening for Cedric The Entertainer in front of thousands. 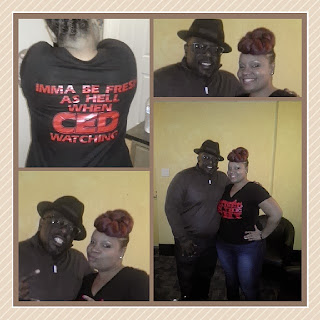 Brandi Denise: How did you feel about tweeting/stalking Ced the entertainer initially?
Just Nesh: I am a big fan. So I actually began tweeting him randomly every now and then saying we would be one stage together one day. He would respond “lol girl you’re crazy” So when I heard he was coming to the Arie crown theater I was like this is my chance. I didn't think too much of it at first until he started replying to my tweets. And I prefer the word persistent instead of stalking. A few people would say "ced gone block you", and I thought to myself "so what?" I wasn't on the show anyway so what's the worst that could happen.... I'd still not be on the show.

Brandi Denise: Did you think it would actually work?
Just Nesh: When he replied, I was like aw man! He is reading this stuff! Then I went a little harder with my goal. I started making memes to grab his attention. Once I saw I had people following me and rooting for me I kept going. I was excited! Ced tweeted me asking for my phone number and said someone would be in touch. Then I began to here he was calling bigger Chicago comedians asking if I had a good 5 min set. They vouched for me and that in itself felt good. Then his tour manager called me and Sweetest day I was opening up for Ced! 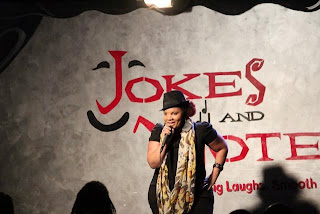 Brandi Denise: How was it meeting him in person we’re you like a crazed fan?

Just Nesh: Naw I showed him my shirt that said “I’ma be fresh as hell if CED watching” he just laughed and kept saying girl you crazy in a joking way. The one time I tried to approach him he was meditating. So I never got a chance to have a one-on-one. Nonetheless it was a great experience and prove to you can get what you want by going after it HARD!

Brandi Denise: Was it everything you expected?
Just Nesh: I mean yes all I wanted was to meet him, then I wanted to be on stage with him. I got both. I didn’t get asked on tour but I did get exactly what I asked for.. They also let me close the show and I got to plug myself a little more. From that I gained more twitter followers and facebook fans. And at the end of the day my favorite comedian knows who I am.

After the show Just Nesh was also invited to open for the Cedric and friends tour at his upcoming show in November. In the meantime you can catch Just Nesh every Friday at Harolds Chicken Shack 10PM 2360 N. CLYBOURNE “comedy at the shack” This is show is always packed and a fun room. Hosted by B-Cole and Just Nesh.

Contributing Writer -Brandi Denise
Brandi is a comedian, writer and producer in her own right, you can catch her performing comedy all over town in the Chicago scene.