You can't go to many comedy shows in Chicago without a comic (or 2 or 3) eventually plugging his or her podcast. Matter of fact, it seems like almost all the established comics in this scene have either had their own show at one time, OR has been a returning guest on multiple podcasts around the Chicago scene. And it's no wonder, comedians tend to be multi-talented creative types so producing audio content is not much of stretch for someone who wants to yell into a microphone for a living. Besides, Chicago itself has a wealth of great podcasts both comedy related and other wise. Case in point, I was a guest on three great ones recently ( Fearless Radio, Peaches and Hot Sauce and Bad News Good Timing) where we talked shop about the nut and bolts of the Chicago comedy scene among other topics. Here's a short breakdown of some favorite comedy podcasts currently in production. Of course if you don't see your favorite, I probably don't know about it so send a link (instead of hate mail).


Naked Sports Live - Stand-up's best comedic, non-sexing couple (Joe Kilgallon and Megan Gailey) go at it every week, producing a robust sports themed live streaming show just about every Tuesday. A great example of the comedy/sports show format done well. This type of concept seems to fall flat everywhere else it's tried (looking at you FOX & ESPN) but Megan and Joe do it right. Apparently Joe is leaving for L.A. soon so tune in while you still can. 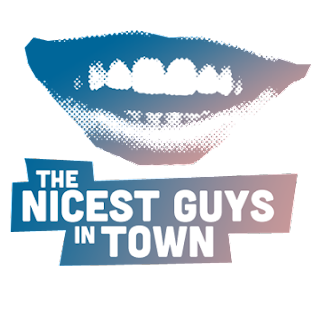 Wrestling With Depression - Marty DeRosa if nothing else, is one honest bastard. He created the podcast "Wrestling With Depression", combining his two biggest passions, (comedy and wrestling) with surprising honesty about his own bouts with depression. Being fearless helps him murder on stage but DeRosa's podcast is more then just edgy jokes. There is some real empathy going on as DeRosa covers touchy subjects not normally covered on a comedy podcasts.

Peaches and Hotsauce - Pat O'Rourke was first introduced to the Chicago comedy scene as an improviser himself, but then figured out he wanted to cover it as a subject. The man, out of pocket has funded an entire network that features various web series and weekly podcasts

The Nicest Guys in Town
Speaking of putting together a podcast network together scratch. Dan Friesen should get some big props (along with Matt Riggs, Joe Fernandez and many others) for what he's done with he NGIT network. Over 7+ podcasts, plus solid video/written web content. Recommended. 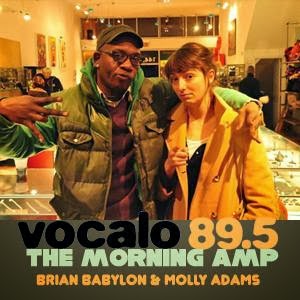 Arguments and Grievances
Not only is this a great live show where comedians debater topics (McRib vs. MacBeth, Fat vs. Bald, Hugs Vs. drugs, American Rock vs British Rock etc) but it's recorded and edited for your listening pleasure enjoyment.

Is This Really It?
Kenny Deforest may have moved to N.Y. but his legacy lives on with this well crafted and thoughtful podcast.

Morning Amp (Vocalo Radio)
Comedian Brian Babylon and Molly Adams (a big comedy supporter & writer) co-host Vocalo's Morning Amp, which  is a call-in talk show. Although not comedy themed per se, it's funny, smart, and engaging, covering everything from international politics to whats happening in your local Chicago hood. Check it live on 89.5 FM, 90.7 FM, or download the podcast segments at your leisure. One of my favorites right now.